SPORTING LISBON have reportedly increased the release clause fee for teen whiz-kind Nuno Mendes in a bid to fend off interest from Manches... 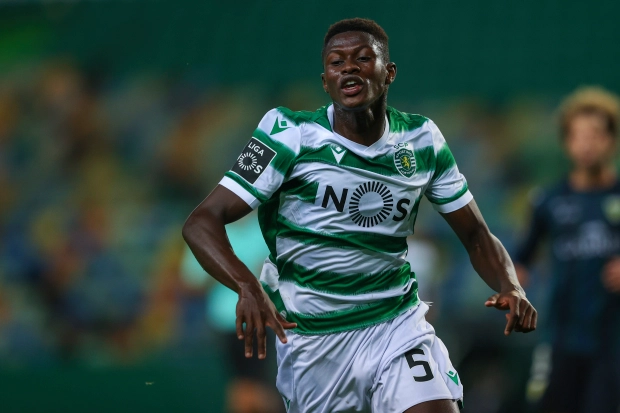 SPORTING LISBON have reportedly increased the release clause fee for teen whiz-kind Nuno Mendes in a bid to fend off interest from Manchester United.

Sporting and the player's representatives have agreed to raise his initial release fee from £40million to £62m, according to Record.

This would be the second-highest clause in the club's history, only topped by former Sporting star Bruno Fernandes whose fee was £89.7m

Mendes, 18, only recently signed a new contract with the club but they felt the need to amend it due to interest from a host of European teams.

Despite only making his senior debut this year, Mendes has already become a first-team regular and has featured in seven domestic games this season.

The left-back also appeared in both their Europa League ties before they were knocked out of the competition.

His meteoric rise hasn't gone unnoticed and he was linked with moves across Europe all summer.

Manchester United, Liverpool, Arsenal and AC Milan are all said to have made a bid for, or an enquiry about Mendes.

Milan reportedly had a £13.5m bid rejected for the Portugese starlet as it was way below his valuation.

Liverpool manager Jurgen Klopp had him watched and was thought to have made contact about a move for the player.

While the Gunners were at one point said to be most interested in the defender as they searched for a back-up for Kieran Tierney.

But the Red Devils seem to have emerged as favourites in the race for Mendes, who was recommended to them by ex-United and Sporting star, Nani.

They also have the edge in any proceedings as Mendes shares the same agent as Fernandes, who joined them from Sporting in January.