The Red Devils midfielder has admitted to feeling more comfortable when away with his country than he does domestically at Old Trafford Ma... 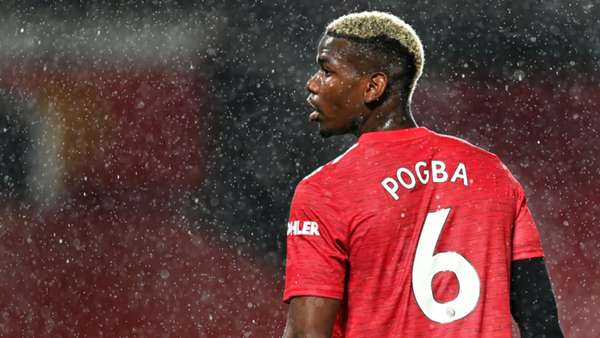 Manchester United will not have taken kindly to Paul Pogba’s comments regarding the France fold feeling more like a “family” than the domestic squad he forms part of at Old Trafford, says Frank Leboeuf.

A World Cup-winning midfielder is seemingly never far from the headlines.

Pogba’s form, fitness and future have been called into question on a regular basis over recent years, with a return to English football in 2016 not going entirely to plan.

Success has been enjoyed on an international stage, while collecting the odd piece of silverware at club level, but the 27-year-old remains a divisive figure for many.

Pogba has already revealed this season that he still harbours the ambition of representing Real Madrid at some stage in his career.

Those comments will have won him little favour in Manchester, with his latest comments on the most “difficult period” of his career also expected to ruffle feathers at a Premier League heavyweight.

Pogba, who is taking in UEFA Nations League duty with his country, has told RTL: “I had never known such a difficult period in my career.

“The France team is a breath of fresh air, the group is exceptional, it’s magic.

“It’s not that in the club we don’t have fun, but here it’s not the same. We laugh. It’s really a family.”

France boss Didier Deschamps claims to understand Pogba’s frustration, with United boss Ole Gunnar Solskjaer having taken to playing him in a wide attacking role or leaving him on the bench of late.

“He is in a situation with his club where he cannot be happy, neither with his playing time nor with the position he is playing,” Deschamps has said.

While Pogba has every right to feel aggrieved at his situation in England, fellow World Cup winner Leboeuf has warned that more bridges are being burned in Manchester.

The former France international, who took in a productive spell at Chelsea in his playing days, told ESPN FC: “You have to be always cautious of what you say.

France, who have already reached the Nations League finals, will be back in action on Tuesday when playing host to Sweden, while United will return to Premier League competition on Saturday with a home date against West Brom.