Manchester United will look to avenge their previous defeat against Istanbul Basaksehir when the Turkish club visit Old Trafford tonight, ... 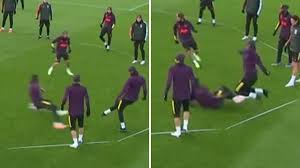 Manchester United will look to avenge their previous defeat against Istanbul Basaksehir when the Turkish club visit Old Trafford tonight, with Ole Gunnar Solskjaer expected to ring the changes for the hosts.

Ole Gunnar Solskjaer is expected to ring the changes for Manchester United in their Champions League clash with Istanbul Basaksehir this evening.

United will be aiming to avenge their 2-1 defeat against the Turkish outfit earlier this month, which saw former Chelsea striker Demba Ba open the scoring out in Istanbul.

Since that shortcoming they have recorded back-to-back victories in the Premier League, first picking up a 3-1 win away at Everton before beating West Brom 1-0 over the weekend.

However, Solskjaer is likely to make six changes to the side that scraped past the Baggies when Istanbul visit Old Trafford tonight.

He will be without Luke Shaw, who is yet to recover from the hamstring injury he sustained in the win at Everton, while Eric Bailly is a doubt to feature.

Jesse Lingard is also unavailable for the hosts while undergoing a self-isolation period, having come into close contact with someone who tested positive for Covid-19.

Paul Pogba and Mason Greenwood were not involved in Saturday’s win over West Brom due to respective injury and illness concerns, but both are back in the squad tonight and could return to the starting lineup.

Solskjaer should stick with the same back four, consisting of Aaron Wan-Bissaka, Victor Lindelof, Harry Maguire and Alex Telles.

Scott McTominay is expected to come back into the centre of midfield alongside Fred, with Pogba likely to start on the bench given doubts over his fitness.

Greenwood, on the other hand, should get the nod on the right flank, with Marcus Rashford over on the left and £35million recruit Donny van de Beek getting a rare start in the No.10 slot.

And leading the line should be another summer signing in need of minutes, Edinson Cavani.