Luke Shaw Manchester United left-back Luke Shaw will be out of action for a month. Our no.23 picked up a hamstring injury during Saturday...

Manchester United left-back Luke Shaw will be out of action for a month.

Our no.23 picked up a hamstring injury during Saturday's 3-1 win over Everton at Goodison Park.

Shaw, who assisted Bruno Fernandes's equaliser in that game, had to be substituted for Axel Tuanzebe midway through the second half.

It can now be confirmed that the 25-year-old is set for a spell on the sidelines, meaning he could miss upcoming Premier League games against West Brom, Southampton and West Ham, as well as Champions League clashes with Istanbul Basaksehir, Paris Saint-Germain and RB Leipzig. 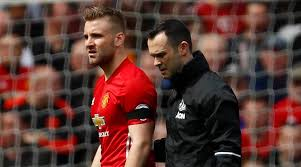 Alex Telles, who has been restricted to one appearance for the Reds since joining from FC Porto in October due to a positive COVID-19 test, is once again available for Ole Gunnar Solskjaer to choose from and has been selected in Brazil's latest international squad.

Brandon Williams is also an option for the boss, as is Tuanzebe, who is a centre-back by trade but can play across the backline.

The fitness of Victor Lindelof and Marcus Rashford, who also picked up problems on Merseyside at the weekend, is unclear, with the pair set to join up with their national teams later this week. 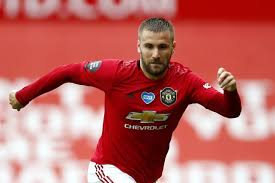