Manchester United are ignoring the perfect solution to centre-back dilemma

Man Utd continue to be linked with a new central defender but they already have one deemed 'perfect' at the club. Axel Tuanzebe, M... 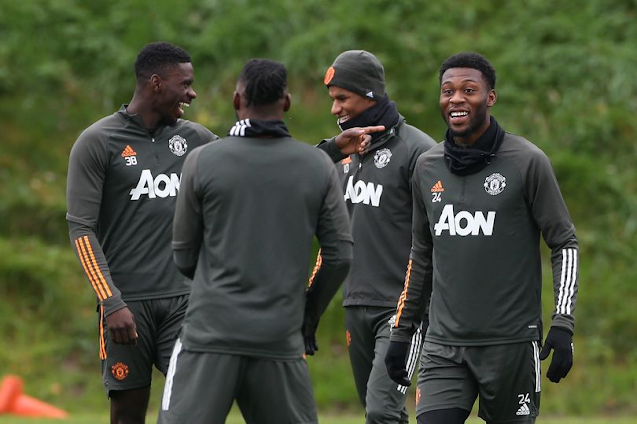 Man Utd continue to be linked with a new central defender but they already have one deemed 'perfect' at the club.

It is nearly one month since Manchester United repeated their extraordinary feat of winning away at Paris-Saint Germain.

Unlike the improbable win in March 2019, this one was a masterclass from Ole Gunnar Solskjaer as his side turned up in the French capital and bamboozled a side so well acquainted with winning.

Just like the first victory, United's triumph in Paris bought Solskjaer more time in the Old Trafford hot seat, but the same level of faith has not been reciprocated for the player he is perhaps indebted to the most.

The most extraordinary thing about United's recent win at PSG is that they did it without star defender Harry Maguire. Even at his lowest ebb he remains the most reliable centre-back at the club, although Victor Lindelof's recent form has been more impressive.

However, it was the assured display from Axel Tuanzebe which really stole the show as he bullied Kylian Mbappe and shutout Neymar with little more than a whimper.

We've seen such standout individual performances before over the years, but few have come in such emphatic circumstances as Tuanzebe's display against two of the best in Europe.

His flawless performance suggested a springboard for an incredible run in the team, the type of display we look back in years to come as the true arrival of his talents. Yet one month later and he has played just 77 minutes of football, with almost half of those coming at right-back.

Solskjaer has been keen to ease the pressures on the Rochdale-raised defender since his return from such a long injury lay-off, but there is a sense of hypocrisy given the over reliance on Lindelof, who has admitted to struggling so far this season.

Even after pocketing Mbappe it was glaring to see Tuanzebe on the bench for Premier League matches against Arsenal and Chelsea, while his poor display against Istanbul Basaksehir was unfair to critique given wider failings in the squad.

It is quite obvious the 23-year-old deserves some sort of special treatment given his long injury torment, but now he is at an age which club hierarchy have identified as 'perfect' for any new player in their squad.

While he is not a new transfer addition, he is effectively classed in the 'new player' bracket given he is finally fit and feeling brand new after his difficult first season back at Old Trafford.

Lindelof and Maguire's involvement at international level this coming week should only strengthen Tuanzebe's own hopes of returning to the starting XI against West Brom next weekend, despite Solskjaer's temptation to stick with a regular pairing.

Yet on a weekend in which United have been linked with Dayot Upamecano, David Carmo and Dan-Axel Zagadou it is time they given their very own exciting young central defender another chance to prove his credentials.

The cliché used to be whether or not a player 'could do it on a cold rainy night in Stoke', a chilly night in Manchester will have to suffice for now.