There can be no escaping the fact Manchester United's summer transfer plans were dealt a huge blow by their failure to sign priority t... 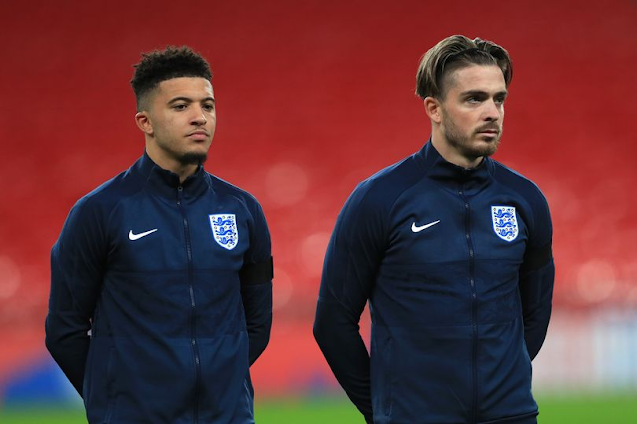 There can be no escaping the fact Manchester United's summer transfer plans were dealt a huge blow by their failure to sign priority target Jadon Sancho.

A month after the window closed and Ole Gunnar Solskjaer is still no closer to his right wing solution. Mason Greenwood drifts in and out of the team, Juan Mata is being over-relied upon and deadline day signing Facundo Pellistri still needs more time to adapt if he is to be given a fair introduction to his new club.

Speaking in the summer window United great Gary Neville sent a warning suggesting the club had no 'desperate' need for Sancho, instead stating they just needed the right calibre of player who could marry technical excellence with the right mentality.

Two months into the new season and it looks like Sancho might have navigated the final hurdle required to prove himself worthy of Neville's unanimous seal of approval.

After such a prolonged summer saga there was always going to be an intense focus on the 20-year-old when he returned to action for Borussia Dortmund in the Bundesliga. Sancho insists he hasn't been distracted by the transfer talk, but there can be no ignoring his current performance levels.

'A problem child' is how German media have labelled Sancho since the domestic season started; 'a little dip in his career' is how the England international evaluates the start to his fourth campaign with Dortmund.

It speaks volumes of Sancho's high standards that a return of two goals and four assists from nine appearances this season is being written about as a problem, but even Dortmund chief Michael Zorc admits the winger is 'lacking a bit of natural lightness' at the moment.

Yet despite such intense scrutiny Sancho showcased his incredible character as he bagged a brilliant goal to inspire England in their friendly win over Republic of Ireland on Thursday night. Although the match might not have been competitive it was a moment of pure talent as the youngster kept his cool to effortlessly find the bottom corner.

The revitalised performance on the pitch was an emphatic reminder of the clear improvement which Sancho would bring to the United team, but perhaps his most encouraging showings have come while he has been away from the pitch.

During his post-match media duties Sancho remained calm and collected as he discussed his drop in form, choosing to look for personal improvements rather than blaming other factors. Likewise despite his failed transfer departure from Dortmund the young winger remained professional throughout the summer and did not once use his high-profile to help engineer a move away from the club.

Footballing ability will ultimately get you noticed by United, but it is those personality characteristics which are cherished by Solskjaer and seen as essential for any new recruit.

An up-turn in form might make the calls for Sancho to be signed louder once again yet it is his response in these moments of perceived crisis where he is proving himself to be the perfect signing once again.