Man Utd are unlikely to make any major signings in the January transfer window but it's still going to be an important month for the c... 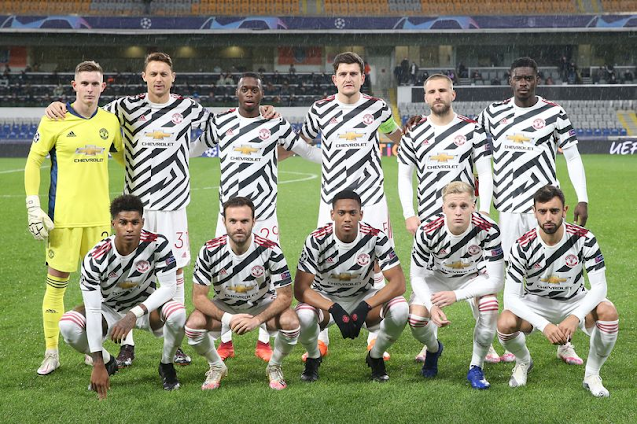 Man Utd are unlikely to make any major signings in the January transfer window but it's still going to be an important month for the club.

With a date for the return of fans to stadiums still unknown the January transfer window is unlikely to be particularly busy this season.

The mid-season window is never particularly vibrant, with clubs buying in January generally considered to be desperate for reinforcements, and with so many of Europe's top sides counting the cost of empty stadiums at the moment it's likely to be a quiet month.

Manchester United were active a year ago, signing Bruno Fernandes and Odion Ighalo, and a case could be made that they need to enter the market again this January, particularly if results don't improve over the next two months.

But the uncertainty is likely to put an end to any major deals and players who can improve squads at the very highest level are rare in the middle of the season, with Fernandes a noticeable exception.

Borussia Dortmund won't sell Jadon Sancho in January, RB Leipzig won't part company with Dayot Upamecano. It's not a buyers' market and United would be right to focus on outgoings post-Christmas rather than incomings.

Next summer is United's priority, with the two players mentioned above likely to feature on the wishlist as Ole Gunnar Solskjaer tried to add the finishing touches to his squad rebuild.

Ideally when the window opens next summer United will be in a position to focus purely on incomings. They currently have a 31-man senior squad and it's clear more players need to leave to make space for new additions.

One of those will depart in January, when Ighalo returns to parent club Shanghai Shenhua after a year-long loan spell which started brightly but has now fizzled out.

Aside from Ighalo there are several players who United will be looking to move on and others whose future must be up in the air. Many of them see their contract expire this summer, which adds a degree of certainty when it comes to trimming numbers, although United will want to trim that squad in January if possible.

Jones isn't out of contract next summer, but he was also left out of both the Premier League and Champions League squads after another injury setback and he hasn't played for the club since January. If United can find takers for all three in the winter window it will be a significant boost to reducing squad numbers and clearing the decks for new arrivals next summer.

Beyond that there are fringe players and players out on loan that Solskjaer and United will want to make a decision on. Tahith Chong (Werder Bremen) and Diogo Dalot (AC Milan) are getting a taste of regular first-team football at the moment but will be 21 and 22 respectively when next season begins, so it's approaching sink or swim time at Old Trafford.

Then there are four players out of contract in June 2021 that United will have to make a decision on. Much will depend on whether Lee Grant, turning 38 in January, will want to extend his stay into a third year, but after that Timothy Fosu-Mensah, Jesse Lingard and Juan Mata will all have a decision to make, or a decision made for them.

If Dalot returns from AC Milan a rejuvenated player then Fosu-Mensah, who turns 23 in January, will surely depart. Lingard and Mata have both had encouraging displays in the Carabao Cup this season and the Spaniard has started games in the Premier League and Champions League, but both have obstacles in their way at United.

Mata's chances this term have come as a result of United's failure to sign a right-winger and the problems Mason Greenwood has suffered. Those are unlikely to be factors in 2021/22 and when his current deal expires next June he will be 33.

If January doesn't bring any new additions at Old Trafford, it can at least lay the foundations for a successful summer window. United were constrained this summer by being unable to sell some of their squad players and in a year's time there could be more players no longer required by Solskjaer.

Making a decision on those in January and saying goodbye to a few of them will be a good start to the summer transfer business.