Man Utd wrapped up a deadline-day deal for the talented teenager from Uruguay in the final hours of the summer transfer window. Facundo Pe... 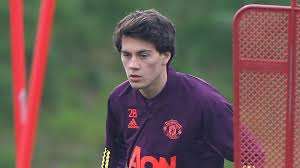 Man Utd wrapped up a deadline-day deal for the talented teenager from Uruguay in the final hours of the summer transfer window.

The 18-year-old is still adjusting to English football having made the move from Uruguayan side Penarol on the final day of the summer transfer window, for an initial £9million fee.

Pellistri has done the bulk of his work at Carrington with Ole Gunnar Solskjaer's first-team squad, but is yet to make his senior United debut. He has played twice for United's youth sides, once for the Under-23s and for the Under-21s against Morecambe on Wednesday night.

And U23s boss Neil Wood believes the experience of taking on league opponents, to whom United lost 4-0, will prove an invaluable experience for Pellistri.

"It's not easy to come to a different country and hit the ground running, you see that at the highest level. So it's great for him to get on the pitch and get some minutes behind him and a bit of match sharpness. It will help him in the long run.

"I know tonight [at Morecambe] is not the ideal situation for him, but it can only benefit him being out on the pitch."

Pellistri completed the full 90 minutes for the second time in succession, playing largely as a right-winger and impressing in shorts bursts against the League Two team. The 4-0 scoreline was "harsh" on United, according to Wood, with Ryan Cooney's brace and goals from Harry Davis and Freddie Price consigning the youngsters to a surprise defeat.