Man United host West Brom in the Premier League at Old Trafford today and here are five things to look out for. United have three wins in ... 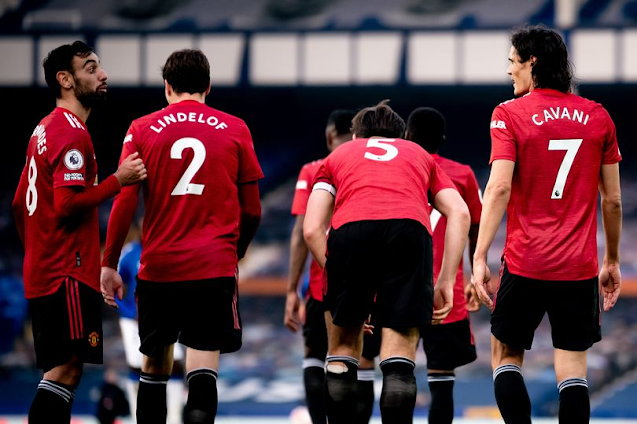 Man United host West Brom in the Premier League at Old Trafford today and here are five things to look out for.

Luke Shaw will miss his first Premier League game of the season and Marcus Rashford - also a starter in the seven fixtures so far - might not be risked after one training session. Daniel James scored superbly in midweek for Wales and would be the obvious left winger to replace Rashford while Alex Telles and Brandon Williams are available at left-back.

Mason Greenwood has been ruled out by Ole Gunnar Solskjaer so Juan Mata could continue on the right having had the benefit of avoiding international duty over the last fortnight.

McTominay and Fred to continue?

United have two games a week going into January and Solskjaer has to look a week in advance when selecting his XI. Istanbul Basaksehir ended United's immaculate record in the Champions League group stage but their visit on Tuesday is still United's easiest European tie.

With that in mind, Bruno Fernandes is needed more against West Brom, as are Scott McTominay and Fred. Solskjaer has settled on a balanced midfield that allows Fernandes to thrive whilst also bringing stability to a rocky defence. Retaining McTominay and Fred in an XI devoid of Paul Pogba would confirm their first-team status.Home hoodoo to end?

United last won at home in the league against Bournemouth on July 4 and have taken one point from 12 at Old Trafford this season. West Brom at home, in an ordinary environment, would seem to be a home banker but the 18th-placed Baggies have won three and drawn one on their last five visits to M16.

Victor Lindelof is a doubt due to a recurring back problem that has troubled him for over a year since he played on AZ Alkmaar's infamous plastic pitch. Eric Bailly has just resumed training but even if he was considered for selection he would be behind Axel Tuanzebe in the pecking order.

Tuanzebe turned 23 this month and has not started in the Premier League since October last year. The wait could finally end today in what would be a much-needed fillip after Demba Ba bossed him in Istanbul.

United have a goal difference of -2 but are hosting one of the league's winless teams. West Brom had a creditable draw with Chelsea (albeit after leading 3-0) and were Tottenham's superiors for the majority of their narrow defeat two weeks ago, but they already seem as certain for the drop as fellow promoted side Fulham - ironically not in the relegation zone at the time of writing.

Despite sieving 14 goals in seven games, United cut loose against Newcastle last month and have tallied at least three goals in all five of their domestic away days so far this term.