The Red Devils have received a boost in their pursuit of Ousmane Dembele after Barcelona prepared to launch a January swoop for Lyon's M... 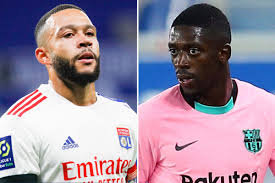 The Red Devils have received a boost in their pursuit of Ousmane Dembele after Barcelona prepared to launch a January swoop for Lyon's Memphis Depay.

United had feared Barca would hold onto Dembele after their superstar youngster Ansu Fati, 17, suffered a knee injury which has ruled him out for four months.

But Sport reports the Catalan giants will launch a move in the New Year for former United flop Depay, 26.

However, in order for the Lyon skipper to be reunited with his old Holland boss Ronald Koeman at the Nou Camp, cash-strapped Barca must offload some unwanted stars – boosting United's hopes of landing French ace Dembele.

As quoted by Voetbal International, the Netherlands boss said: “Of course I try to give him as much confidence as possible.

“I also showed that by letting him play against Italy. He did a pretty nice job.

“He is also doing well at Manchester United, but they have a fantastic midfield.

“That’s difficult too, but Donny will still get to play enough. 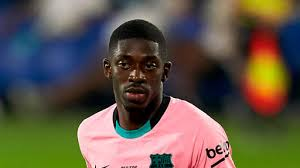 “Of course he wants more, but you also have to get used to a different competition.

“He will experience that too, let’s hope he will eventually get game minutes. In any case, he is equipped, so we can use him well.”

Elsewhere, United have been handed a blow with Luke Shaw out for up to six weeks.

The left-back picked up a knock in Saturday's win at Everton, forcing Ole Gunnar Solskjaer into a substitution late in the game.

Shaw suffered a hamstring injury that could keep him out until Christmas.

And finally, Greg Clarke has resigned from his role as FA chairman after referring to 'coloured footballers' in a car-crash grilling by MPs.

A statement from him said: “As a person who loves football and has given decades of service to our game, it is right that I put the interests of football first.

“2020 has been a challenging year and I have been actively considering standing down for some time to make way for a new Chair now our CEO transition is complete and excellent executive leadership under Mark Bullingham is established.

“My unacceptable words in front of Parliament were a disservice to our game and to those who watch, play, referee and administer it. This has crystallised my resolve to move on.

“I am deeply saddened that I have offended those diverse communities in football that I and others worked so hard to include.

“I would like to thank my friends and colleagues in the game for the wisdom and counsel they have shared over the years and resign from the FA with immediate effect.”