Manchester United fans couldn’t get enough of Donny van de Beek following his performance vs Southampton in what was a rollercoaster of a ...

Manchester United fans couldn’t get enough of Donny van de Beek following his performance vs Southampton in what was a rollercoaster of a win.

The young Dutchman was handed his first start in the Premier League for the season, with supporters long calling for him to get more minutes.

Van de Beek has been a bench warmer for the most part this campaign as Ole Gunnar Solskjaer had planned to integrate him into the starting XI slowly.

However, the former Ajax star has been bright with whatever cameos he’s featured in and forced his way into the lineup for the Southampton clash after impressing mid-week vs Istanbul Basaksehir.

Van de Beek rewarded Solskjaer’s faith by putting in another fine display in the sensational 3-2 comeback win vs the Saints.

Edinson Cavani naturally stole the show after scoring a brace and assisting a goal as well but Van de Beek’s silky work didn’t go unnoticed by the fans.

United headed into the break trailing by two goals but it was thanks to the experienced Uruguayan that they managed to turn it around in the second half.

Van de Beek featured in a diamond formation and yet looked just as comfortable as he did in Solskjaer’s 4-2-3-1 in midweek vs Istanbul Basaksehir and it’s a credit to his brilliant versatility.

United have had some world class goalkeepers over the years and some entertaining ones too. Take our quiz below to find out how much you know about United’s number 1’s, past and present. 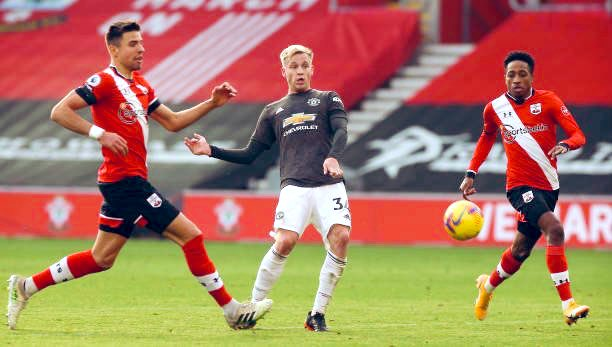