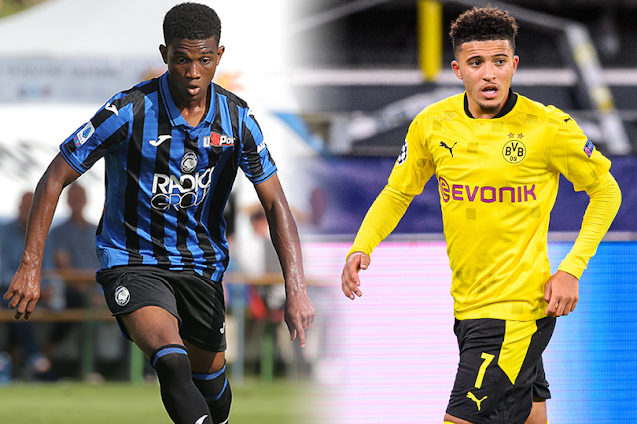 Manchester United remain interested in Borussia Dortmund star Jadon Sancho but will add Amad Diallo to their ranks in January.

Sancho, 20, was a priority target for Ole Gunnar Solskjaer but United were unwilling to meet Borussia Dortmund's demands for the England international. Dortmund set a deadline of August 10 to complete a deal for Sancho though United viewed that date as artificial. The Reds agreed personal terms with the forward but refused to pay a British record fee for the former Manchester City man.

MEN Sport understands United explored the possibility of signing Diallo from Atalanta in addition to the prospective arrival of Sancho and completed a deal for the 18-year-old on deadline day.

United fans rued the club's decision to allow Sancho to stay in Germany but his slow start to the new Bundesliga season has seen the clamour for his signature decrease.

After Diallo wowed supporters with footage of his skills from first-team training at Atalanta, United fans believe the forward's arrival could result in the Reds ending their pursuit of Sancho.

MEN Sport understands United are still in the process of securing a work permit for the Ivory Coast winger ahead of his scheduled move in the New Year.

United have agreed to pay £19million rising to £37m for the youngster who is yet to feature for Atalanta so far this season, remaining an unused substitute in six of their 10 games.