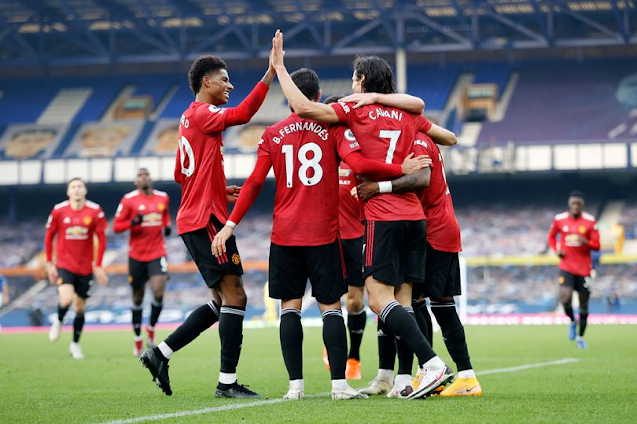 Manchester United have endured an inconsistent so far, with joyous highs accompanied by an array of disappointing results for Ole Gunnar Solskjaer's side.

That has left plenty of work to do when the squad returns after the final international break of the calendar year, which is the start of a busy period in the schedule.

With no international football until the end of March, it's the perfect opportunity to rekindle form and string together some consistency - and some players are better placed than others.

United fans have provided their player ratings for the season so far, responding to the ratings that we gave here, and you can see the results below.

The Portugal midfielder has been a revelation since his arrival in January and fans are well aware of his contributions, having scored six goals and registered four assists so far this term.

Rashford has earned plaudits on and off the field in recent months. Told to 'focus on football' by many, United's academy graduate has shown he can do both with eight goals across all competitions.

Arguably the most improved player of the season so far for Solskjaer's side, Fred has started to make a regular impact in matches and his defensive contributions allow Fernandes to be effective at the other end of the field.

With Dean Henderson returning from loan to provide competition, David de Gea has stepped up his performances and beaten away the demons that plagued him at the start of 2020.

Following a relatively slow start to life at United, Wan-Bissaka has shown considerable improvements and is now pushing for a spot in Gareth Southgate's England squad.

The former Southampton man has enjoyed a rejuvenation this season and has kept deadline day signing Alex Telles out of the side, though he has now been hit with an injury.

United's most valued centre-back among fans here, proving his worth amid continued pushes from some for a new central defender to be signed. His importance has been recognised.

The Spaniard has continued to be an asset for Solskjaer and was called upon for the victories against Newcastle and Everton. A solid option in an area full of quality.

Liked by Solskjaer and United fans alike, McTominay continues to grow in his midfield role but his passing can be inconsistent. A solid platform to build upon.

Struggled for regular football since his arrival from Ajax in the summer but his displays have been recognised by fans, who rank him above others in his position.

His incredible display against Paris Saint-Germain will be long remembered by supporters, who clearly feel he deserves more opportunities compared to others in his position.

Hasn't had too many opportunities with David de Gea stepping up his performances but is arguably the best back-up goalkeeper in the Premier League.

Another summer signing who has had to be patient for opportunities, fans clearly feel there is more to come from the experienced striker.

Has endured troubles on and off the field, which have not gone unrecognised by supporters, but has shown signs of improvement in recent weeks.

Struggling to find form after a blistering return post-lockdown last season and fans clearly want to see more from the young forward.

Another who has been unable to rekindle the form he showed at the back-end of last season and one who United need more from moving forward.

Limited opportunities this season and fans clearly feel he has not done enough to push his way into Solskjaer's first-choice side.

Filled in defensively in a few areas but fans have not rated his displays highly. Is among the candidates to leave in the January transfer window.

Opportunities have decreased with Luke Shaw's increase in form and the signing of Alex Telles - he has more to show than he did in his two League Cup performances.

Has not featured for United due to injury since the 6-1 hammering against Tottenham and has work to do in the eyes of the fans if he is to return to the first-team fold.

Fans have certainly been underwhelmed by his performances once again and he is no longer a guaranteed starter. Fans want a considerable improvement.

Signed in the January transfer window, the capture of Edinson Cavani since has left the former Watford man surplus to requirements and he'll return to China in the New Year.

Short of confidence and form, fans have often discussed what action to take with James on social media and their assessment is reflected with his rating.

Bottom of the rankings, injured and just two appearances in the League Cup to his name, Lingard has a long road ahead in the eyes of the fans.