Wolverhampton Wanderers striker Raul Jimenez has claimed that Man United made an approach to sign him in the transfer window. Wolves strik... 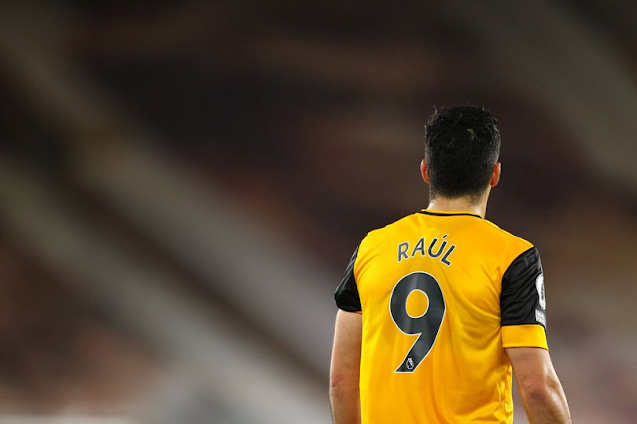 Wolverhampton Wanderers striker Raul Jimenez has claimed that Man United made an approach to sign him in the transfer window.

Manchester United fans are split on whether they would have liked the club to sign Raul Jimenez, following the Wolves striker's recent transfer claim.

Though other positions have tended to be the priority, United have been on the lookout for a new striker capable of leading the line for a number of years in the past two transfer windows, but on both occasions have had to settle for more short-term alternatives instead.

Norwegian prodigy Erling Braut Haaland was targeted last January but the chances of a potential reunion with former manager Ole Gunnar Solskjaer were ended when United refused to agree to a buyout clause and percentage of future sales.

Haaland has continued his remarkable goalscoring form at Borussia Dortmund, while Odion Ighalo was brought in on loan from Shanghai Shenhua instead.

Plenty of intriguing names were then linked with a move to Old Trafford throughout the summer but, with attention focused on the failed attempt to sign Jadon Sancho, United ended up settling on deadline day for the free signing of veteran Edinson Cavani following his release from Paris Saint-Germain, on a one-year deal.

One of the strikers who was repeatedly linked with United was Jimenez, and the Mexican has admitted that there was an approach from the Manchester club to sign him.

"One day I woke up and Juventus wanted me, another Manchester United and what I know is that there were approaches made," Jimenez told TUDN .

"But an agreement was never reached and nothing was close. I'm very happy at Wolves."

Since arriving in the Black Country in 2018 from Benfica, Jimenez has become one of the country's most lethal strikers, netting 48 goals, and grabbing 18 assists, in 108 games in all competitions.

While his scoring record has been very impressive, supporters are split on whether the club should have made a more concrete effort to sign him.

Some believe Jimenez is the clinical finisher and natural No.9 the club has been missing, while others believe that Cavani can now fill that role, for a short while at least, and that the club should spend big money on someone younger than the 29-year-old.

The M.E.N. understands that a new striker will become a priority again in next summer's transfer window, but the positions United will likely focus on in the January market will be centre-back and the right-wing.

The January transfer window will open on January 2, 2021, and will be open until deadline day on February 1.