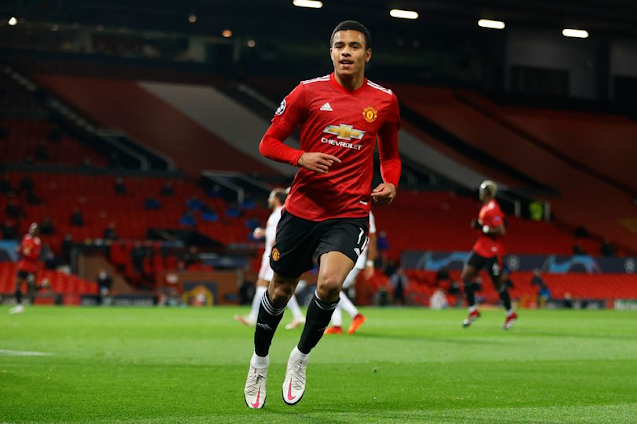 Man Utd star Mason Greenwood and Arsenal youngster Gabriel Martinelli are considered as two of the Premier League's brightest prospects, with neither short on potential.

The third international break of the 2020/21 season is now in full swing, meaning the vast majority of football fans up and down the country are searching high and low to find an alternative activity to fulfil their Saturday afternoon.

And, less than two weeks after going head-to-head at Old Trafford, Manchester United and Arsenal are squaring up to each other once again. This time, however, it is off the field and between both sets of supporters.

That is because both United and Arsenal fans are debating who they believe is the better prospect out of Mason Greenwood and Arsenal's Brazilian sensation Gabriel Martinelli.

Greenwood is a product of United's academy, with the Bradford-born attacker having been on the club's books since the age of just six years-old, Arsenal signed Martinelli from Brazilian outfit Ituano FC in July 2019, meaning both players have experienced very different routes on their way to being considered as two of the most exciting young players the Premier League has to boast about.

Despite that, both players have struggled to make their mark so far this season. Greenwood has been in and out of the side at Old Trafford, making eight appearances in all competitions, while Martinelli, who is a few months older than Greenwood, has not played played since February because of a serious knee injury.

Those two factors have meant that neither set of supporters has been able catch a glimpse, certainly properly in Greenwood's case, of how the duo of progressing as they continue to get older.

However, despite that, United and Arsenal fans have still found enough ground to have a debate on social media about which player is the better of the two, with both sets of supporters, understandably, standing up for their respective candidate.

And it was all sparked by one United fan on Twitter, who said: "Some Arsenal fans would swap Martinelli for Greenwood. Not a single Manchester United fan would swap Greenwood for Martinelli. That should end the debate."

That tweet certainly sparked a response, with no shortage of United fans getting involved. Here is how they have reacted...

To date, Greenwood has racked up 61 appearances for United, scoring 19 goals and claiming six assists.

Martinelli, meanwhile, has made 26 appearances for the Gunners, scoring 10 goals, as well as chipping in with four assists.