Plenty of Manchester United fans have been slamming David de Gea as he conceded to Istanbul Basaksehir in the UEFA Champions League last nig... 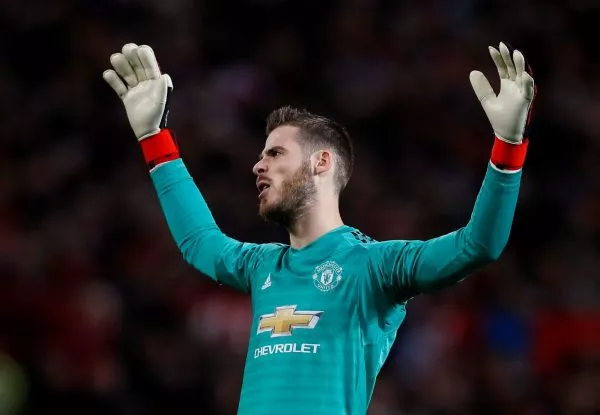 Plenty of Manchester United fans have been slamming David de Gea as he conceded to Istanbul Basaksehir in the UEFA Champions League last night.

Indeed, the Spain international was unable to keep a freekick out of his own net as the reigning Turkish champions managed to get themselves back into the game in the second half. Ole Gunnar Solskjaer’s team were relatively comfortable at that stage, having been 3-0 up at Old Trafford, thanks to two goals from Bruno Fernandes and a penalty from Marcus Rashford

However, Deniz Turic’s goal set up quite a nervy final 15 minutes for the Red Devils, which in the end, they managed to overcome with Dan James grabbing a late goal to make the final score 4-1 on the night.

Nonetheless, some Man United supporters felt as if de Gea should have been doing better with the effort on his goal.

These Man Utd fans slammed de Gea after he conceded the goal on Twitter, with one fan even claiming that the 30-year-old was ‘stupid’ to let the ball into the net: