Donny van de Beek is yet to start a Premier League match for Man Utd following his transfer from Ajax. Manchester United fans have made it... 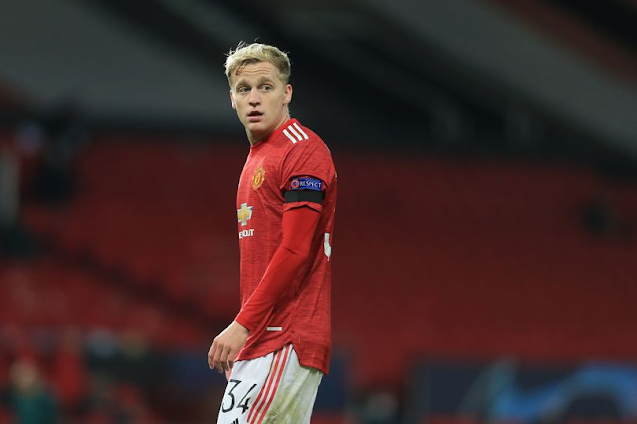 Donny van de Beek is yet to start a Premier League match for Man Utd following his transfer from Ajax.

Manchester United fans have made it clear that they want to see Donny van de Beek handed his first Premier League start against Southampton this weekend.

The summer signing from Ajax has so far seen domestic opportunities limited, with his only starts for the club coming in the Carabao Cup and the Champions League.

The latest of those starts came against Istanbul Basaksehir on Tuesday night, as United ran out comfortable 4-1 winners to extend their lead at the top of Group H.

Van de Beek caught the eye with his performance for United, in a deeper role that allowed him to help the side break down their Turkish opponents as they sat back without the ball.

That has raised a fresh debate ahead of this weekend's Premier League game against Southampton, with fans wondering if he will be given his first league start.

We posed the question to our followers on social media, simply asking whether the Netherlands international should be handed his opportunity.

The results were pretty conclusive, with almost 4,000 fans having their say and a whopping 94 per cent of supporters wanting Van de Beek to start against Southampton.

That means just six per cent of fans don't want him to start on the South Coast. Whether Ole Gunnar Solskjaer agrees remains to be seen.