David de Gea and Alex Telles were both forced off with injuries in Man United's win at Southampton ahead of the visit of Paris Saint-Ger... 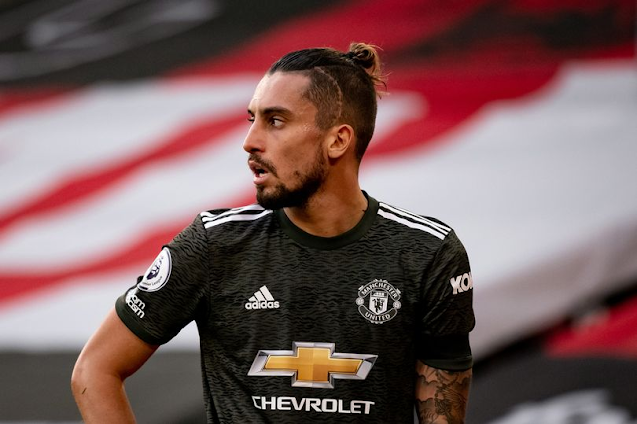 David de Gea and Alex Telles were both forced off with injuries in Man United's win at Southampton ahead of the visit of Paris Saint-Germain.

Manchester United could be without up to six players for the Champions League visit of Paris Saint-Germain on Wednesday.

David de Gea came off at half-time in the 3-2 win at Southampton after he collided with the woodwork whilst failing to prevent James Ward-Prowse from scoring and Alex Telles was also forced off late on with an 'issue'.

Paul Pogba (ankle) and Scott McTominay could return to training on Monday after missing both of last week's wins over Istanbul Basaksehir and Southampton and Luke Shaw could miss out again with a hamstring strain.

Anthony Martial travelled with the United squad but was taken ill overnight and stayed at the team hotel on Sunday rather than travelling to the stadium.

"It's a knock just above the knee," Solskjaer said. "So we'll have a scan and check on him tomorrow. Hopefully he can be ready for Wednesday but can't promise anything now. Dean came on, very assured, had a couple of half-saves to make but he was tidy and safe with the ball at his feet.

"Anthony had to stay in the hotel, he got ill overnight and he is down here still. Paul and Scott hopefully can start training with us tomorrow, Luke is out still, we're not 100% sure.

"Jesse [Lingard]'s back. Phil Jones is out {and also ineligible]. David: I don't know how he'll react to his knock and bang. Alex had an issue towards the end but hopefully won't be too bad,"

Remarkably, United have not lost a Premier League away game since January 18 at Liverpool and have won their last eight, with their four triumphs this season recorded from losing positions.

United have scored past the 87-minute mark in all four victories over Brighton, Newcastle, Everton and Southampton and Solskjaer is delighted with the late finishes.

"That's very important and it's a trait Man United players should always have: never to give up, never to give in," he added. "I don't know how many times I was on the pitch and we came back and won games towards the end, we had a manager who never ever allowed anyone to give up and that's one of my values.

"If you don't play well at least work hard, never give in and give everything for your team. Even though we played really well today we had the character to dig in when the result was against us."