Manchester United have been handed new director of football opportunity

Ed Woodward and the Glazers have been slow in moving to appoint a Man Utd director of football to support Ole Gunnar Solskjaer. United execu... 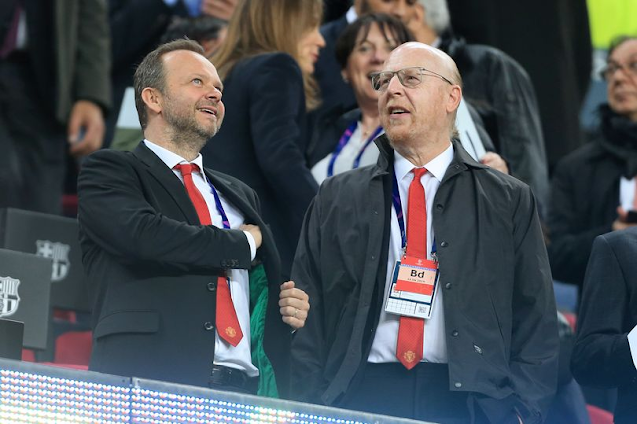 Ed Woodward and the Glazers have been slow in moving to appoint a Man Utd director of football to support Ole Gunnar Solskjaer.

It is the issue that many inside Manchester United would simply love to go away, and yet it won't.

In truth, it is bizarre that United fans are still talking about who should be their inaugural director of football, technical director, or whatever you want to call it. Especially when 2021 is now lurking over the horizon, promising a year that will surely offer more hope and positivity than 2020 has done, in every possible regard. United promised they would tick the 'head of football' box (as Ed Woodward named it) back in 2019.

And it's not as if United have enjoyed constant success during this period in which they have delayed over the position. Not on the pitch and not in the transfer market either.

There have been about as many hits as misses: a sixth-placed finish, a third-placed finish, a Bruno Fernandes, a Jadon Sancho, considered moves for youngsters Amad Diallo and Facundo Pellistri but also last-gasp trolley dashes for Odion Ighalo and Edinson Cavani. Just as results under Ole Gunnar Solskjaer have been inconsistent, the transfer decision-makers have not quite nailed down their rhythm either.

So you would have thought the recent comments from Ajax's director of football Marc Overmars would have pricked the ears of the United hierarchy. Many fans will be hoping they have, anyway.

The 49-year-old has formed a dynamic partnership at the Dutch club, with former United goalkeeper Edwin van der Sar. Together, they have linked the pitch to the boardroom with considerable success, though Overmars has now suggested their time could be up.

“When I was appointed in this job at Ajax I knew I only wanted to stay for three or four years ­maximum," he said. “I have been here eight seasons now!

"For me – but just as much for Edwin – it is sure that we are not going to carry on here until we are 60.

“This job at Ajax is costing too much energy. The whole of the ­Netherlands is constantly on my back and has an opinion about us. The job has brought a lot of great things too. Edwin and I are proud that we have brought Ajax back where it should be in Europe.”

They should be proud, too. Ajax have been the envy of the football world for decades, since Johan Cruyff's emergence as a great talent and even further back than that. And the duo have helped restore that reputation.

“We have a special bond. The best thing is that we ­enjoyed the great 1990s as players together," Overmars said on his partnership with Van der Sar, the Ajax CEO.

“At the time you don’t realise how special that is. Now, 25 years later, we have achieved the same things at management level that we achieved as players.

“We had one shared ambition – we wanted Ajax to reach a European final. Which one did not matter. We managed that in 2017, and now we want more. We want to win the Champions League or Europa League.”

It says a lot that the sole European final Overmars is referring to is also the last time United reached a UEFA showpiece final. It is even more damning for United that Ajax have stormed to the Champions League semi-finals since then, a stage not reached by the Old Trafford club since the Sir Alex Ferguson days.

They continually punch above their weight. United don't.

Appointing Overmars, a former Arsenal adversary of Ferguson, might seem anathema to many United fans. And some may claim Van der Sar doesn't have actual director of football credentials, with his experience being more based in the boardroom than on pure footballing matters. But it would be crazy to suggest the two reputable Dutchmen could not improve the structure at United.

Van der Sar, the penalty hero of the 2008 Champions League win, reminded United fans of his class with an open letter to supporters in the MEN when Donny van de Beek moved to Manchester in September. He remains hugely popular and, what's more, he and Overmars are seriously smart cookies.

United have lacked those street-smarts in the transfer window in recent years and hence they were humiliated by Borussia Dortmund in the summer over Sancho. They should not ignore this latest opportunity to renew themselves and offer an unprecedented level of support for a manager. Solskjaer, Woodward, the Glazers, the fans, the players; everyone would be better off.