Man Utd have been struggling at Old Trafford recently but the next week provides them with an ideal opportunity to end that run. Ole Gunna... 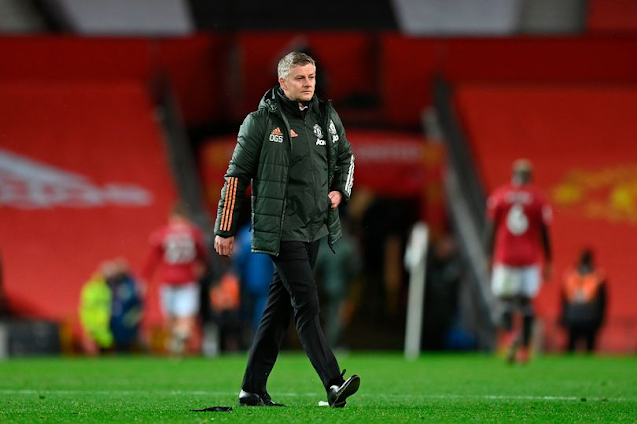 Man Utd have been struggling at Old Trafford recently but the next week provides them with an ideal opportunity to end that run.

The last time Manchester United won a Premier League game at Old Trafford they put five goals past Bournemouth in a 30-minute blitz that summed up their form in the height of summer.

United hit the ground running when the 2019/20 season resumed and the 5-2 win over Bournemouth on July 4 was a fine example of the devastating attacking form which saw them win four consecutive games by a three-goal margin, the first time any side had done that in Premier League history.

When Mason Greenwood (twice), Marcus Rashford, Anthony Martial and Bruno Fernandes struck against the Cherries United looked to be on the right track under Solskjaer, with that attacking quartet at the heart of the renaissance.

But since that win on America's Independence Day Old Trafford has become much easier to conquer. Southampton and West Ham claimed draws there in the final weeks of last season and this term Crystal Palace, Tottenham and Arsenal have won at Old Trafford, with Chelsea also taking a share of the spoils.

United have claimed two wins in European competition at home in that time, a non-event against LASK Linz and the impressive 5-0 demolition against RB Leipzig, but that's done little to paper over the cracks on the domestic front.

Old Trafford has gradually lost its aura over the past seven seasons, even with 76,000 fans in attendance, but now it's empty it's levelled the playing field even further and United are paying the price with a string of poor home results that have contributed to leaving them down in 14th in the embryonic Premier League table.

United have two of their eight Premier League games at an empty Old Trafford, but they were the first two, a fine performance against Sheffield United and that comfortable win against a Bournemouth side doomed to the drop.

If Ole Gunnar Solskjaer is to again engineer a climb up the table after a disappointing start to the season then that home record has to improve.

Solskjaer has tried different tactics to elicit a change in fortunes, including going back to a pre-match stay at The Lowry ahead of the goalless draw with Chelsea. Since the COVID-19 lockdown players had been staying at home the night before Old Trafford fixtures.

That dour fixture that United earned a point might have been a hint they were going in the right direction and the reversion to familiar methods worked, but they were back to being lacklustre in the defeat to Arsenal.

Excuses will be minimal this weekend when a West Brom side who already look like relegation certainties visit Old Trafford. The Baggies have three draws and five defeats from eight Premier League games so far this season and Slaven Bilic is already feeling the heat.

United eased the pressure on themselves with an impressive win at Goodison Park before the international break, but they now need to convert the form that has seen them win at Luton, Brighton (twice), Newcastle, Paris Saint-Germain and Everton this season into more impressive displays at home.

The next week should provide the ideal opportunity to build up some momentum at Old Trafford. West Brom should be among the more compliant visitors this season and questions really will be asked if they aren't beaten, while revenge will be on the menu when Istanbul Basaksehir visit on Tuesday. Victory in that game would put United back in control of qualifying for the knockout stages of the Champions League.

It feels like United are only ever one result from being wrapped up in crisis talk once again and that could well be the case if they don't claim two wins out of two at Old Trafford next week. If they can secure back-to-back wins it would go a long way to fixing those home concerns.