Manchester United have four role models in their squad

Edinson Cavani is one of a handful of players aged in their 30s at Man United following his arrival on a free on transfer deadline day. De... 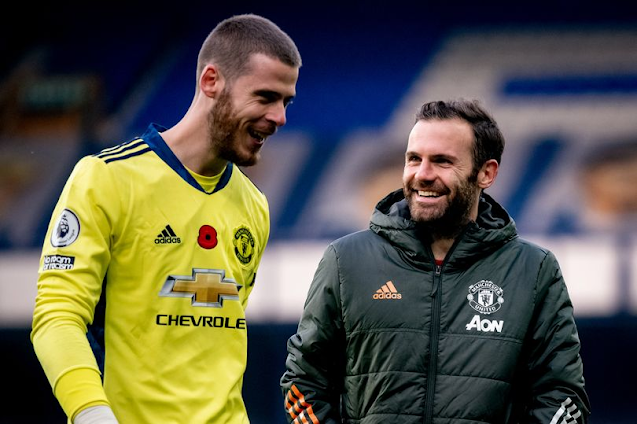 Edinson Cavani is one of a handful of players aged in their 30s at Man United following his arrival on a free on transfer deadline day.

Ole Gunnar Solskjaer believes Manchester United have addressed the balance of their squad with the addition of Edinson Cavani.

Cavani, 33, joined United on deadline day despite the club's preference for new signings aged between 23 and 28 - an age bracket that Harry Maguire, Bruno Fernandes, Donny van de Beek and Alex Telles fell into at the time of their arrivals.

Almost all of United's outgoings on Solskjaer's watch have been players in their 30th year or already in their 30s and the focus on reducing the average age of the squad led to Nemanja Matic voicing his concern about a lack of experience ahead of the start of last season.

Matic's form this calendar year earned him a new three-year contract and fellow 30-somethings Juan Mata and David de Gea have also received renewals during Solskjaer's tenure. Marcos Rojo is 30 and Sergio Romero is aged 33 but both could be sold in the January transfer window.

"Edinson has experienced everything in football and the challenge with him and the likes of Brandon [Williams] and Mason [Greenwood] is the language barrier," Solskjaer said. "Edinson doesn’t speak a lot of English yet, he’s learning. But they can see by his desire and commitment every day in training.

"In a squad we need a mix and a balance between youth and experience. Our young players have some great role models in Juan, Nemanja, David, Edinson, the over-30s. We don’t have many over-30s but they’re very important.

"I like youth, enthusiasm and passion but you need that experience too and that’s why we brought Edinson in."

Victor Lindelof has been troubled by a back injury since he played on AZ Alkmaar's plastic pitch in October last year and is a doubt for Saturday's visit of West Brom.

Lindelof came off in the 66th minute of Sweden's Nations League defeat to France in midweek but Solskjaer hopes the 26-year-old will not have to undergo surgery on his back.

"He’s had it last season as well," Solskjaer noted. "I think it’s more to do with when games come thick and fast. When he gets a few days extra recovery I think he should be alright.

"He felt really well and comfortable in the first game for Sweden [against Portugal] after a rest in the friendly game then stated feeling it again vs France and the games are coming thick and fast.

"It’s an issue we have to manage, hopefully no surgery or anything serious."