Manchester United are ‘very likely’ to sign Hakan Calhanoglu on a free transfer from AC Milan, according to reports. The 26-year-old’s cur... 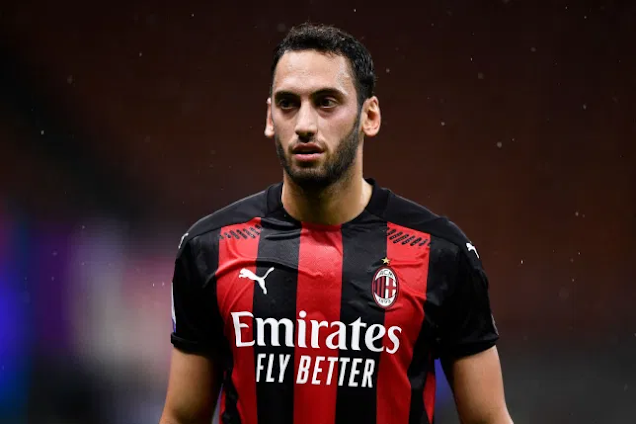 Manchester United are ‘very likely’ to sign Hakan Calhanoglu on a free transfer from AC Milan, according to reports. The 26-year-old’s current contract with the Serie A club expires next summer and is able to arrange terms in the upcoming transfer window. Juventus, Atletico Madrid and Inter have all been linked with a move for the Turkey international. But according to Bild’s Christian Falk, United are in advanced negotiations with Calhanoglu over a free transfer next summer.

Falk also claims that the midfielder has already rejected a possible move to Juventus because he favours a switch to Old Trafford. ‘Yes it’s true and I think this will happen because last summer there will already talks with his agent,’ Falk told the Stretford Paddock.

‘I don’t know if you know that Juventus would have also have liked him last summer but he said, ‘no’. ‘He said no because he already knew what would happen this summer with United. ‘Talks are already very, very far at the moment and he’ll be a free agent, so this transfer is very, very likely.’