The Rams have parted company with Phillip Cocu following a disappointing start to the season. Wayne Rooney in action for Derby County Manc...

The Rams have parted company with Phillip Cocu following a disappointing start to the season.

Derby are bottom of the Championship table, with only one win and six points from their opening 11 games. Derby weren't in action this weekend due to the international break.

Following Cocu's departure, Derby have confirmed Rooney will form part of the interim management team ahead of next weekend's clash with Bristol City.

The former United and Everton star is to be joined by coaches Liam Rosenior, Shay Given and Justin Walker.

Rooney said in a statement: "I am sorry that Phillip and his staff have left the club.

"I want to thank him personally for all his help and encouragement as part of his coaching staff.

"The most important thing now is to stabilize the club and start moving up the table.

"I've been asked to be part of the coaching staff to help the team's preparation for next Saturday's vital match against Bristol City.

"The coaches and I will speak with the players on Monday."

Announcing Cocu's exit, the Rams said: "The club would like to place on record its appreciation for the way Phillip and his staff conducted themselves in what were some extremely challenging situations during his tenure.

"Phillip and his staff helped develop and establish a considerable number of Academy players into the first team squad and Phillip made significant financial contributions and personal efforts towards the club’s community projects during the COVID-19 pandemic, which the club are extremely grateful for.

"Derby County wishes to thank Phillip, Chris and Twan for their hard work and dedication over the last 16 months and wish them every success in their future careers.

"The club will provide further updates when appropriate and will be making no further comment in the meantime."

Cocu, meanwhile, posted a message on Instagram following his departure.

"I can confirm that after conversations with the owner and board at Derby County we have agreed that it is in the best interests of all parties for me to leave the club by mutual consent," said the Dutchman.

"I would like to take this opportunity to thank everyone at the club including the board, staff and all of the players for their fantastic support for me since arriving at Pride Park.

"Although this season has not gone as we all would have liked so far on the pitch, I believe passionately in the project that we started to build and I have no doubt that the future is bright for the club.

"I wish everyone associated with the club the very best both on and off the pitch, particularly with the Stay Safe, Stay Fit, Stay Connected project that I am very proud off to have initiated.

"Finally, I’d like to say a huge thank you to the most important people of the club, the fans.

"Thank you for welcoming me to your club and for all of the support you’ve shown to me and the team. I wish you all the very best."

Cocu arrived at Derby in the summer of 2019 following Frank Lampard's move to Chelsea.

He guided the Rams to a 10th-place finish last season, and oversaw 65 matches in all competitions overall. 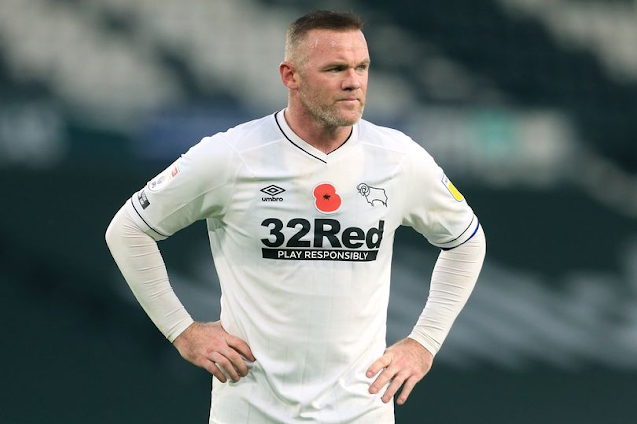