Man Utd will already be planning for the next two transfer windows but they might need to move one key target forward to January. Ole Gunn...

Man Utd will already be planning for the next two transfer windows but they might need to move one key target forward to January.

Manchester United might have a couple of regrets from the summer transfer window but the decision not to push harder for a central defender could return to haunt them.

If United thought their need for a centre back was pressing, then that's nothing compared to the situation Liverpool find themselves in now, with their two regulars out with long-term knee injuries and their only other senior centre back often found on the treatment table.

Jurgen Klopp will surely be pursuing a centre back in January, which could be bad news for United, who were always likely to be keen to strengthen in that area next summer.

United were linked with a move for Dayot Upamecano in the summer, but the RB Leipzig defender was always likely to stay at the Bundesliga club for now. A deal next summer was more likely, when United have managed to offload another couple of centre backs from their own bloated squad.

But unless they can push Phil Jones or Marcos Rojo in the direction of Anfield it's likely that Liverpool will be trying to sign from the same shortlist as United. They might not be competing for titles at the moment but they remain two of the Premier League's elite clubs and the market for players that would improve them is small.

So it would be no surprise if Liverpool were to target Upamecano in January, or that both clubs were looking at players such as Ozan Kabak of Schalke or even Ben White at Brighton.

If United see Upamecano as the ideal long-term defensive addition, can they afford to give Liverpool a free run in January if they make a move for him? It might be that they have to shelve plans to sign a defender next summer and bring it forward to the mid-season window.

You might think Liverpool would be a more attractive proposition if the two clubs were competing for the same players, but they can be cautious in the transfer market when presented with a bidding war, while the competition for places when Virgil van Dijk and Joe Gomez return to fitness will be greater than at United.

As Ole Gunnar Solskjaer tries to piece together a squad capable of pushing Liverpool and Manchester City for titles, it's clear that greater quality is needed in defence.

The back four have improved since the horror show against Spurs, with Victor Lindelof impressive this season and Harry Maguire very good in the win at Everton.

But question marks remain about their long-term viability as a partnership, while the depth behind them isn't great. Jones and Rojo are both available for transfer, while Eric Bailly and Axel Tuanzebe have had chances but haven't yet done enough to force their way into the side.

There could be a scenario where United and Liverpool both hold fire on signing a central defender in January, but the two clubs might be aware they could be fishing in the same pool for players so may look to steal a march on each other.

It's difficult to know whose need is greater, given United's long-term requirements and Liverpool's short-term issues, but if United can steal a march on the reigning champions by signing an elite-level central defender then it would send a message that they are determined to be challenging again soon.

Signing a central defender in January might not have been in Solskjaer's original plan, but the best run clubs have to be flexible and it's time United showed they can adapt in the transfer market. 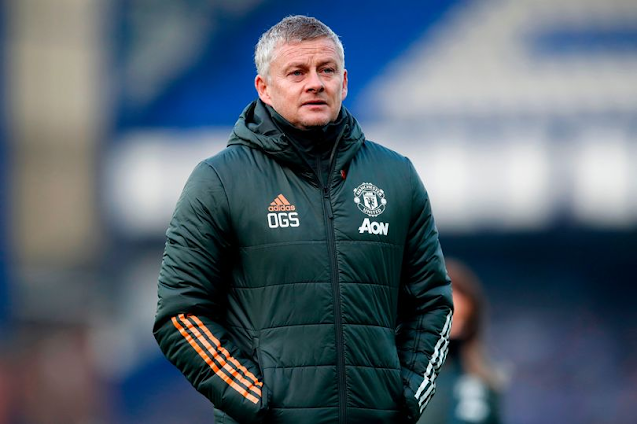