On Friday, Manchester United announced that a “sophisticated operation by organised cyber criminals” had occurred. An investigation is und... 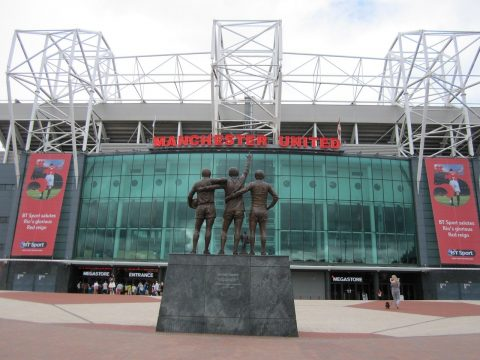 On Friday, Manchester United announced that a “sophisticated operation by organised cyber criminals” had occurred. An investigation is underway, but the club said they did not believe that any personal data belonging to employees or customers had been accessed. Impacted systems were immediately shut down to contain the attack.

Most of the club’s digital operations — including the Manchester United website, app, and media — were not affected. The team was confident that all systems needed for matches to take place at Old Trafford remained secure and operational, and the weekend’s match against West Bromwich Albion went ahead.

In a statement, the team said: “Manchester United can confirm that the club has experienced a cyber attack on our systems. The club has taken swift action to contain the attack and is currently working with expert advisers to investigate the incident and minimise the ongoing IT disruption.

“Although this is a sophisticated operation by organised cyber criminals, the club has extensive protocols and procedures in place for such an event and had rehearsed for this risk. Our cyber defences identified the attack and shut down affected systems to contain the damage and protect data.”

Registration now OPEN for PrivSec GlobalTaking place across four days from 30 Nov to 3 Dec, PrivSec Global, will be the largest data protection, privacy and security event of 2020.

Reserve your place today and gain access to the entire event free of charge. With all sessions available to view live or on-demand, you can build a personalised agenda based on your key focus topics and make the event fit around your work schedule.

We have been awarded the number 1 GDPR Blog in 2019 by Feedspot.