Manchester United manager Ole Gunnar Solskjaer is pleased with the way Bruno Fernandes handed the Red Devils a victory after the internati... 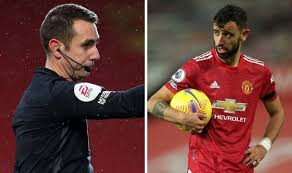 Manchester United manager Ole Gunnar Solskjaer is pleased with the way Bruno Fernandes handed the Red Devils a victory after the international break.

The Red Devils kicked off the return of the Premier League with a 1-0 victory over West Brom Saturday. The match was decided by a sensational penalty goal from Fernandes, who managed to score past Sam Johnstone in his second attempt.

After the intense match, Solskjaer lauded both Fernandes and former United goalkeeper Johnstone. However, the Norwegian noted that his midfield star really has a way of making goalkeepers miss in conceding goals.

"It's probably the beauty of Bruno's [Fernandes] style where the keeper goes a second too early,” Solskjaer told BBC Sport after the game. “Sam [Johnstone] has developed into a fine keeper.”

Apart from United’s trio of youngsters, Mason Greenwood, Anthony Martial and Marcus Rashford, Fernandes is one of the team’s stars who have been in fine form this season. The 26-year-old has already bagged seven goals for the Red Devils on a rate of 0.58.

Like Cristiano Ronaldo in the past, Fernandes is among United’s most celebrated superstars. The former Sporting CP player has been vocal about his adoration of Ronaldo. Just recently, Fernandes admitted that the five-time Ballon d’Or winner’s “mentality” and eagerness to strive to be the best are what motivated him to become a better player.

"It wasn't because he [Ronaldo] plays in my position because that wasn't the case, but it was the way he worked every day, the mentality he had, the capacity he had to give 100 percent in every game at a high level, for me, it was like a motivation, like you always have to do better,” Fernandes explained. "He was scoring goals every game, but game after game he was still trying to improve, get better."

Prior to the break, United managed to secure a win against Everton. However, Solskjaer insisted that it’s important for his side to win a game at home.

“It's nice after the international break that you get a win,” the manager pointed out. “We needed that win at home. We looked unsettled towards the end even though we should score one or two more to have a more relaxed finish.”

United will be looking to have a winning streak at home as the team will play again at Old Trafford Wednesday. Solskjaer’s side will face Istanbul Basaksehir in matchday 4 of the UEFA Champions League qualifiers.