Man United are without Luke Shaw until December but have Alex Telles and Brandon Williams to choose from at left-back. Telles could finall... 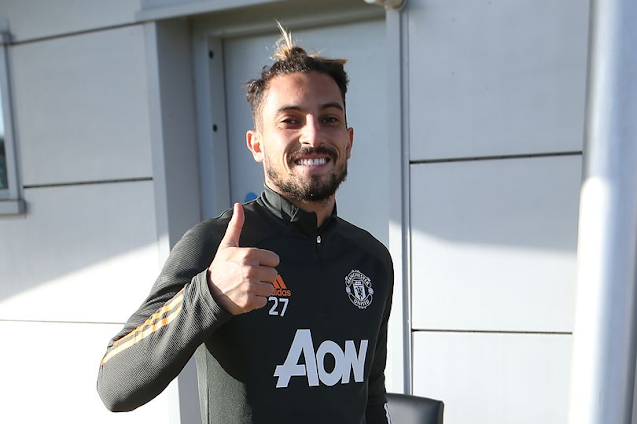 Man United are without Luke Shaw until December but have Alex Telles and Brandon Williams to choose from at left-back.

Ole Gunnar Solskjaer says Brandon Williams is nearing the standards he reached last season as he vies for his first Premier League appearance since July.

Williams, 20, has played just once for United this term - in the League Cup win over Brighton on September 30 - and only made the bench in the league for the home defeat to Arsenal.

Luke Shaw is sidelined until December with a hamstring injury and Solskjaer must decide whether to pick Williams or Alex Telles at left-back against West Brom on Saturday.

Telles, 27, has played 67 minutes for United since his £13.6million switch from Porto on transfer deadline day after he tested positive for coronavirus and has already been away on international duty twice with Brazil. Telles had a mere minute of playing time for Brazil across their World Cup qualifiers with Venezuela and Uruguay this month as he prepares for what could be his long-awaited Old Trafford debut.

United shelved plans to move for a left-back a year ago following the emergence of Williams but Telles complemented left centre-back Shaw superbly as a wing-back in the Champions League triumph over Paris Saint-Germain last month.

"Luke was in very good form," Solskjaer said. "He was, as all of us were, getting momentum and getting better and better and I think we can see progression in his football.

"He trusts himself more. I think we have got more crosses and attacks from him lately and unfortunately then he gets his injury that will keep him out for a few weeks.

"Then Alex has had a troubled time after he came. He has already been on two international breaks, had COVID after he played really well against PSG, he’s not really played for Brazil, just five or 10 minutes. He got one minute in these internationals, which is not great.

"Brandon has been here and trained really well. I'm starting to see the Brandon I saw last season, which I have to see more. Because if he keeps on doing what he was doing last season he’ll be fine and he’s done really well this week.

"We've got options at full-back so I’m not worried about that."

Scott McTominay had the most satisfying of fortnights of the United internationals after he helped Scotland qualify for a major tournament for the first time since 1998.

McTominay was culpable for Luka Jovic's 90th-minute equaliser in Scotland's European Championship Play-off final draw with Serbia but the United midfielder converted one of Scotland's penalties in the 5-4 shootout victory.

Solskjaer did not start McTominay in a league game until his 14th match in charge and the 23-year-old has reestablished himself as a first-teamer in recent weeks, lining up in the last four league games.

"Scott has got a great character and great personality," Solskjaer enthused. "He has shown it through the years in the academy and that’s one of the reasons he is here now.

"He’s had to fight his way and he’s played in different positions, he’s learned the trade and gone [through] the grades and he’s become a very important player for us.

"He gives everything for himself, his family and the club and his country. Top professional that you just want the best for and he’s really improved his quality of football as well."