Sergio Romero is back at the Man United training ground but unlikely to ever play for them again after his Premier League and Champions Le... 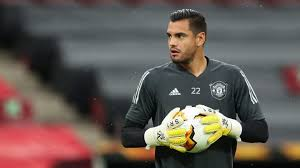 Sergio Romero is back at the Man United training ground but unlikely to ever play for them again after his Premier League and Champions League squad exclusions.

Sergio Romero has held talks with Manchester United over his future after he failed to get a transfer before deadline day.

Romero, 33, returned to United's Carrington complex this week and is training alone as he was not named in the club's Premier League or Champions League squads.

The MEN understands Romero and his agent, Kristian Bereit, spoke with United figures at Carrington to establish his short-term future with all European windows closed until January. Bereit, whose other client at United is Marcos Rojo - also cut from the Champions League squad.

Romero has entered the last year of his contract but was intent on leaving United after he was dropped for the Europa League semi-final defeat to Sevilla on August 16. The Argentina international has been linked with a move to the MLS and the American window shuts on Thursday.

"He helped the team reach four finals / semi-finals and then he was left on the bench only to lose them all. It is time for them to return the opportunity and let him go. RESPECT FOR ONCE!"

Romero was relegated to third-choice 'keeper after United agreed a new five-year contract with Dean Henderson and agreed to retain the England international for this season.