Man United have a number of injuries to contend with as they prepare to host West Brom and here is the full provisional squad. Manchester ... 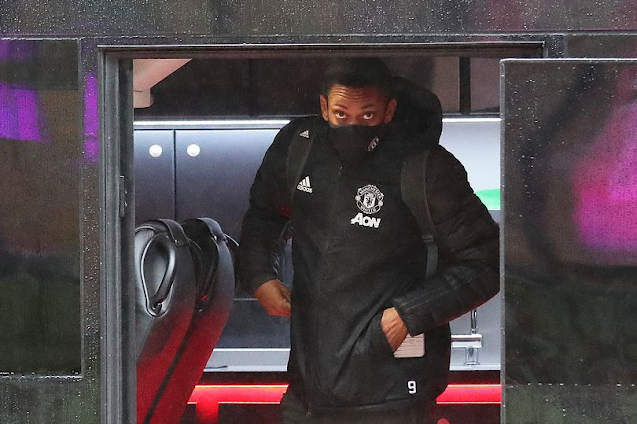 Man United have a number of injuries to contend with as they prepare to host West Brom and here is the full provisional squad.

Manchester United have included Marcus Rashford and Victor Lindelof in their provisional squad against West Brom.

Rashford sustained an injury in United's 3-1 win over Everton two weeks ago and missed all three of England's international games against the Republic of Ireland, Belgium and Iceland.

Lindelof has been nursing a back problem for upwards of a year and came off after 66 minutes in Sweden's 4-2 defeat to France in Paris on Tuesday. United manager Ole Gunnar Solskjaer indicated Lindelof would undergo a late fitness test today.

Paul Pogba was not spotted by MEN photographers when the United squad arrived at The Lowry Hotel on Saturday afternoon and it is unclear whether he will rendezvous with his teammates before the 8pm kick-off.

Luke Shaw and Jesse Lingard are out and Eric Bailly has not been considered for selection after he returned to first-team training for the first time in a month. Mason Greenwood has also missed out again as he recovers from illness.

Alex Telles is in line for his Old Trafford bow a month on from his United debut against Paris Saint-Germain. Telles, 27, has not played since the PSG match as he tested positive for coronavirus but appeared for Brazil in the World Cup qualifying win over Venezuela.

"The short version is Luke Shaw, Jesse Lingard and Phil Jones are the only ones who didn't join in parts of the training today," Solskjaer said. "They're at different stages.

"Some of them had recovery after the international on Wednesday and travelled and are working back after injury and fitness and we'll make a decision tonight but most of them have joined in today and some joined in yesterday, so looking good.

"Rashford and Lindelof? Possibles, but some of them are probably some doubts. Marcus joined in for the first time today, hopefully there's no reaction, I'm not sure.

"Bailly, that was his first day today, so no. Him and Marcos Rojo joined for the first time in a month, at least, so they're not ready. Victor, we'll have to check tomorrow because his back is not great."

On Greenwood, Solskjaer clarified to MUTV: "Mason is fitter. He had eight or nine days away from us which is long time. He's been training hard this week in the gym and on the grass. He'll be back soon."