Mason Greenwood scored 18 times for Man United last season but has had a difficult start to his second full season in football. Ole Gunnar... 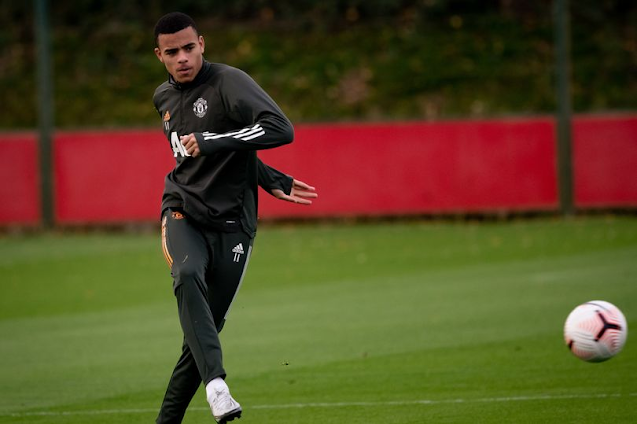 Mason Greenwood scored 18 times for Man United last season but has had a difficult start to his second full season in football.

Ole Gunnar Solskjaer is optimistic Manchester United youngster Mason Greenwood will continue his impressive development this season now he has recovered from illness.

Solskjaer said Greenwood, 19, spent over a week away from United's Carrington training complex as he was unwell and the forward could sit out the visit of West Brom on Saturday night. Greenwood was pictured in training on Monday by United and doing gym work on Thursday.

Greenwood missed United's win at Everton two weeks ago and has only scored once so far this season in the 5-0 Champions League thrashing of RB Leipzig.

The teenager struck 18 times in his first full campaign - one shy of Solskjaer's tally in his maiden season with United in 1996-97 - and the Norwegian endured a difficult second season in Manchester before becoming a legend at the club.

"You have to take a step back sometimes," Solskjaer said. "The boy's only 19, he's had a fantastic year, if we go a year back I left him out of the Carabao Cup against Chelsea. Mason stayed back and played against Doncaster in the Checkatrade to get game-time, and that's how far he's got.

"England debut, scored in his first Under-21s game, he's had a fantastic development. And, of course, the headlines are going to be there about when he scores and doesn't play.

"Everyone's allowed to not be well and if you're not well you can't train. He's now stayed away, been away eight or nine days from training, we've just started building him up again. And I have no doubts about him, he has a very good head on him and his talent is there for all to see."

United have not won at home in the Premier League since the 5-2 thrashing of Bournemouth on July 4 and have taken one point from 12 in the league this term.

West Brom have won three and drawn one of their last five games at Old Trafford and Solskjaer is hopeful United can address their home domestic record.

"Home and away is different," Solskjaer added. "It's not like it used to be. We've had four home games in the league, the first one we look at having no preparation and Palace deserved it. Tottenham deserved their win after a sending off that Anthony shouldn't have had.

"The two games against Chelsea and Arsenal, two very close games where I'm 100 per cent sure if we had our fans it might have sparked that little extra X-factor that we needed.

"Our biggest win of the season and maybe the best game we had was Leipzig at home, though. It's something we want to correct and get our first win hopefully against West Brom, but it's a different sensation now playing without the fans behind the goal in the Stretford End, they usually score a goal for us."