Harry Maguire's aerial prowess is well documented but he showed again at Everton why he can be counted on to win the ball in the air Th... 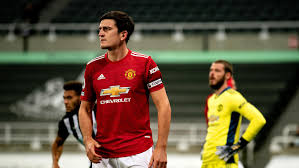 The Manchester United skipper enjoyed an incredible game at Goodison Park last season, in a 1-1 draw, and was just as effective this time around in helping the Reds head into the international break on a high with a superb 3-1 success.

So it is little surprise that he is ranking so highly, overall, when compared to other players in the Premier League, due to his ability to win aerial battles, even against taller opponents. 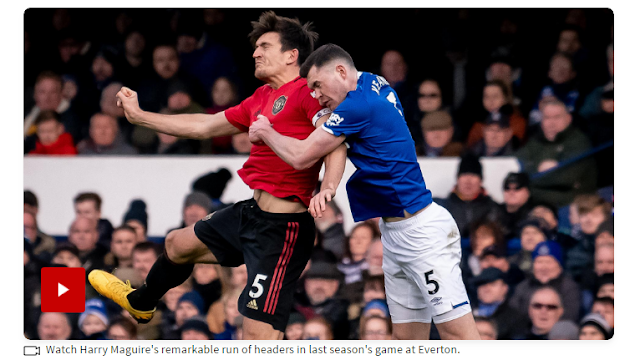 The England international is joint-top of the table on FBRef.com for aerials won - registering 88.2 per cent, the same as Chelsea centre-back Kurt Zouma.

These two are clear of the other most dominant performers in Manchester City new boy Ruben Dias, Burnley stalwart James Tarkowski and West Brom's Semi Ajayi.

Maguire has already won 30 aerial duels in the 2020/21 Premier League - which puts him in eighth spot overall but it is well worth remembering United have currently played a game fewer than most of our rivals. 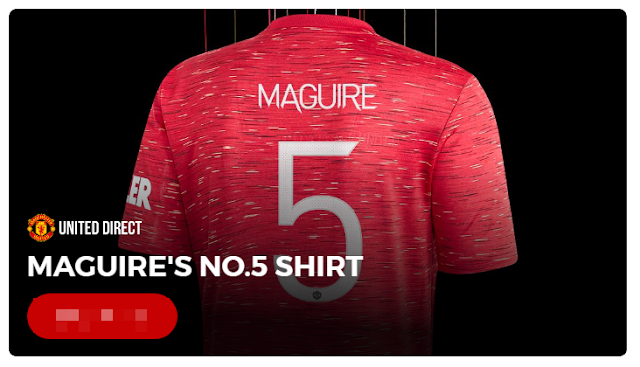 The skipper's current win-percentage is far higher than in any of his previous top-flight campaigns and it will be difficult to maintain such a lofty success-rate. However, he made seven clearances for the Reds in total on Saturday to repel the Toffees, even if this was some way off last season's extraordinary tally of 17 on the same ground, it was still the highest in the team by some margin with partner Victor Lindelof next best on four.

When we asked Harry last season why he was heading the ball more at United than he did at Leicester, he felt it was down to the team's tactics.

“I think it's because we put such a high press on teams,” he told us. “It gives the other teams no option but to kick the ball long really and find my head!”

Everton did not really pressure the Reds too much, despite our lead, on Saturday but Maguire produced such a stout display that he ensured the Merseysiders were unable to even get much of a sight of David De Gea's goal. Dominic Calvert-Lewin was described as one of the best aerial centre-forwards in the world by Ole Gunnar Solskjaer afterwards but the striker had little change when dealing with his England colleague.

There was one superb flicked header away from the danger zone when the Toffees did threaten in the second half that highlighted our captain's resolute attitude.

It will be interesting to see if Maguire can continue to register such a high percentage of duels won as the season pans out but it is certainly reassuring to know he is capable of rebutting high balls that come into the box.

How Harry stands among his peers in other clubs: