Manchester United Vs. West Brom: What you Need to Know 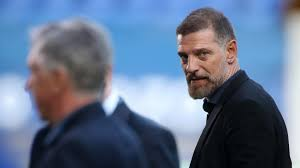 The Baggies, who are still seeking their first win back in the top-flight, lie 18th after losing five and drawing three of their opening eight fixtures – one of them a helter-skelter 3-3 with Chelsea.

And before the game, boss Slaven Bilic will be eagerly awaiting updates on three important players, all of whom tested positive for COVID-19 during November.

Defender Branislav Ivanovic and key playmaker Matheus Pereira were forced to self-isolate prior to the Baggies’ last outing, a 1-0 defeat to Tottenham Hotspur on 8 November.

The pair’s quarantine from the rest of the squad is set to end on Wednesday, however, meaning they could face the Reds at the weekend.

Callum Robinson, who has scored two of the West Midlanders’ six goals in the league this season, faces a race against time to be declared fit to play in M16, though.

The Republic of Ireland forward was due to come up against United’s Harry Maguire and Dean Henderson during last week’s international friendly against England.

However, he was found to have contracted coronavirus a couple of days before the fixture at Wembley, and was sent home to self-isolate.

While Robinson should be able to return to training later this week, his involvement will depend on whether Baggies’ staff feel he has had enough preparation.

One forward who will definitely miss out is Hal Robson-Kanu.

The former Wales international, who played against the Reds during West Brom's last Premier League spell, broke his arm against Southampton last month and hasn’t yet recovered.

“It’s about small steps,” he told the Athletic. “Last week I couldn’t clench my fist but now I can more or less do that.

“Next week, I hope there will be more mobility and more strength in it.”