Amad Diallo has agreed to join Man United in the January transfer window but the move is yet to be fully finalised. Manchester United are st... 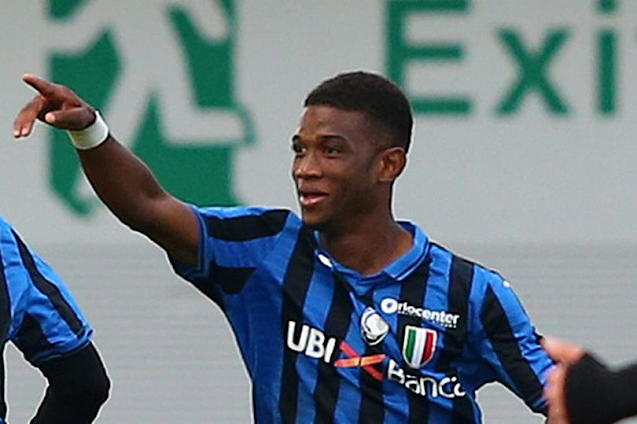 Amad Diallo has agreed to join Man United in the January transfer window but the move is yet to be fully finalised.

Manchester United are still in the process of securing a work permit for Amad Diallo ahead of his scheduled move in January.

United signed Diallo, 18, for £19million rising to £37m from Atalanta on deadline day last month and pencilled in his arrival date for the New Year in order to finalise a work permit.

The MEN revealed United's interest in Diallo and reported at the time the deal was 'not straightforward' due to the forward's passport issues. Diallo was born in the Ivory Coast and moved to Italy at a young age.

United first discovered Diallo in 2016 in an Under-15 match and he was continually recommended up to his career debut in October 2019. The club's head of academy recruitment Dave Harrison, chief scouts Marcel Bout and Jim Lawlor, as well as the technical chief scout Mick Court all filed reports on Diallo's development.

United partly moved for Diallo in the last transfer window before new criteria is drafted up for Premier League clubs to sign 18 to 21-year-old foreign talent post-Brexit.

Under the UK’s European Union membership, clubs could sign a scholar or professional with an EU passport over the age of 16. The UK left the EU via the withdrawal agreement on January 31 but still follows EU rules as part of the transition period, which ends on January 31.

United confirmed the signing of Diallo was 'subject to medical, personal terms and work permit' and the right winger has not played for Atalanta so far this season. Diallo has been an unused substitute in six of Atalanta's 10 games.

Atalanta sold Diallo's Under-19 teammate, Dejan Kulusevski, to Juventus for £29.7m last year and their academy has been described as 'the best' in Italy.

Diallo has played only 30 minutes in Serie A and was linked with a move to Parma, where Kulusevski spent last season on loan before linking up with parent club Juve.

Diallo became the youngest player, at 17 years and 109 days old, to score on his Serie A debut in Atalanta's 7-1 thrashing of Udinese last season and travelled with the squad to Lisbon for their Champions League quarter-final defeat to Paris Saint-Germain in August.

United's other teenage summer signing, Facundo Pellistri, has been training with his new club for a month.