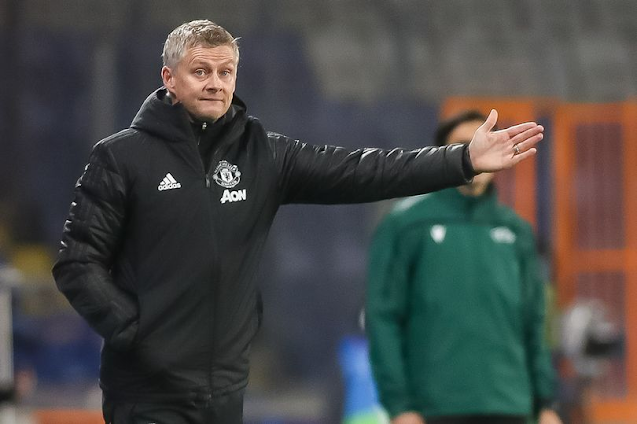 Ole Gunnar Solskjaer is under pressure at Manchester United and the next six matches will be decisive.Manchester United's season so far has certainly been a rollercoaster ride, with joyous highs followed by worrying lows and consistency being an issue.

The thrilling displays against Paris Saint-Germain and RB Leipzig in the Champions League have come alongside a drubbing at the hands of Tottenham and a surprise loss to European minnows Istanbul Basaksehir.

In the Premier League, United will return from the November international break sat 14th in the table with three wins, one draw and three losses in seven matches, while they are also still waiting for their first victory at Old Trafford in the league this term.

As reported by MEN Sport two weeks ago, United have made their approach to the Argentine but victory over Everton prior to the international break has provided Solskjaer with time to respond.

The fixture list has also given United a chance to find some form, hosting a winless West Brom at Old Trafford this weekend in the first of six matches that may decide Solskjaer's fate.

Anything less than a win against a West Brom side that has shipped a league-high 17 goals already this season will simply not be good enough.

The same is the case of the reverse fixture against Istanbul Basaksehir next week, where United will be seeking revenge after their surprise loss in Turkey. Again, a win is expected and would bolster the club's standing at the top of their Champions League group.

High-flying Southampton and the return of PSG to Old Trafford will provide United with a much sterner test but they are games that can definitely be won to provide confidence heading into the busy festive period.

Clashes with West Ham and RB Leipzig could have a similar effect, although the danger is any losses or dropped points could see more pressure heaped upon Solskjaer.

The importance of the next six matches is intensified by the fixtures that follow, with United facing Manchester City, Leeds United and Everton before Christmas, which is followed by a Boxing Day clash against Leicester City and the hosting of Wolves.

Solskjaer needs to get through the next three weeks in good stead in order to give himself some room to breathe for that difficult period - or any one of those games could be his last.

In the bigger picture, United simply cannot afford to drop more points in the Premier League as they risk losing pace with the clubs in the top-four hunt, while negative results in the Champions League could lead to a premature exit with the group delicately balanced.

United currently sit joint-top of Group H, alongside RB Leipzig with six points, while PSG and Istanbul Basaksehir both have one win to their name and a response from the French champions is expected.

The Champions League has been Solskjaer's safety blanket, with the two wins so far this season providing an escape from the poor form domestically, but their shock defeat in Istanbul has wiped that away.

Solskjaer, quite plainly, cannot afford any more slips over the course of the coming weeks and it's shaping up to be the most important spell of his managerial career.