How Man Utd could line up their side as Ole Gunnar Solskjaer battles fatigue and injury problems over the international break. Marcus Rash... 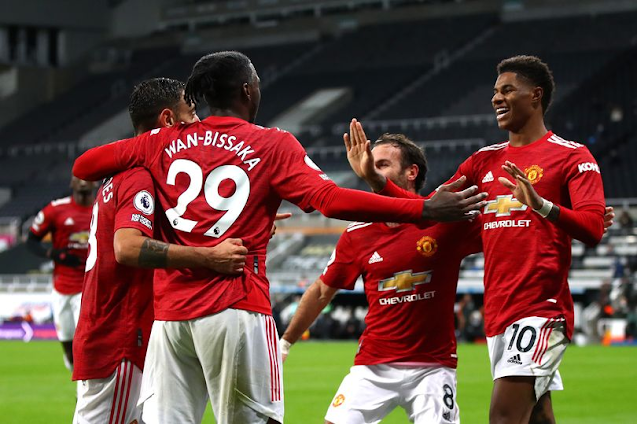 How Man Utd could line up their side as Ole Gunnar Solskjaer battles fatigue and injury problems over the international break.

It has not been an ideal fortnight for Manchester United, despite the fact Ole Gunnar Solskjaer's side went into the international break on the back of a vital win.

United's 3-1 victory at Everton before the break lifted spirits at Old Trafford, though amid complaints from Solskjaer about the fixture schedule, injuries have started to take their toll.

Eric Bailly and Jesse Lingard are both battling back from injuries, but seem unlikely to start in the home game against West Brom, which begins another hectic period for United.

And they will begin the period with more players on the sidelines.

It has been confirmed that Luke Shaw is out for at least a month with a hamstring injury, suffered in the clash at Goodison Park, the injury that seemed to spark that rant from Solskjaer on Merseyside. But it was also Marcus Rashford who suffered against Everton, pulling out of England duty with a shoulder injury. And although it is not believed to be a serious problem, Rashford remains a doubt for West Brom on Saturday night.

Uncertainty over Alex Telles' positive Covid-19 test will be another major headache for Solskjaer, with the Brazilian stranded on one United appearance so far since his summer arrival from Porto. It hasn't yet been confirmed that Telles has contracted the virus again, though with Shaw out and doubt surrounding Telles, Brandon Williams may well get his chance.

If Shaw, Telles and Victor Lindelof — who has revealed he's been struggling with back issues for some time — are all out, United could be forced to field a threadbare defence against the Baggies. Axel Tuanzebe could join fellow academy product Williams in the back line.

The picture is a little more rosy in midfield, with Fred and Scott McTominay likely to retain Solskjaer's faith as the double pivot behind Bruno Fernandes.

Paul Pogba and Donny van de Beek may well be substitutes once again, with Juan Mata a strong possibility to keep his spot on the right flank amid Mason Greenwood's struggles. Solskjaer said the 19-year-old, who has been dealt some rough treatment in the press of late, was unwell at Everton and he may not be in contention to come back into the starting line-up.

And with Rashford a doubt due to that shoulder injury, United may play Anthony Martial on the left-wing and hand a debut start to Edinson Cavani up front against West Brom.

It has been said many times that United must rotate and use the depth of their squad to cope with this season's unique schedule. Saturday night may well be another opportunity for Solskjaer to test that theory — after a very testing week or two for the Norwegian.