A couple of weeks ago, prior to the international break, our Fantasy Premier League sleepers had one of the best weeks of the season to da... 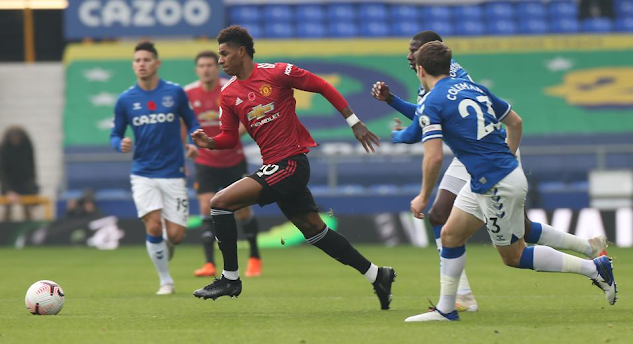 A couple of weeks ago, prior to the international break, our Fantasy Premier League sleepers had one of the best weeks of the season to date.

We had a defender goal from Chelsea’s Thiago Silva, a clean sheet and a bonus point from Leicester City’s Christian Fuchs and a clean sheet from West Ham’s Aaron Cresswell. In attack, Silva’s teammate Hakim Ziyech had two assists and three bonus points and Spurs’ Gareth Bale picked up a clean sheet point.

Fabianski had a clean sheet, three saves and a saved penalty in the Hammers’ 1-0 win over Fulham before the break. And now the Hammers have a Sunday match at Sheffield United. In four home matches this season, the Blades have a total of one goal. As of posting, Fabianski is only selected by 2.6% of FPL managers. Come and get these points.

United is still winless in four matches at Old Trafford this season and have just one clean sheet to date. But Saturday’s opponent West Bromwich Albion are tied for the fewest away goals scored this season with three in four matches. The team captain Maguire is worth a look for this week and then upcoming matches against Southampton and West Ham.

Like his teammate Fabianski, Cresswell had a clean sheet last week and has a very favorable matchup against Sheffield United. At his 8.5% selection rate, he may join Ziyech as graduates from the sleeper squad (players selected by more than 10% of FPL managers).

After a clean sheet in a shocking 3-0 away thrashing of Arsenal before the break, Konsa and Villa host a Brighton & Hove Albion team that’s only scored multiple goals in a game twice this season. Konsa’s upcoming fixtures after Brighton? At West Ham, home to Newcastle, at Wolves, home to Burnley and at West Brom. Not bad at all.

With Christian Pulisic and Kai Havertz likely out for Saturday’s match at Newcastle, where the home side is tied for the second most home goals conceded with nine, Mount would be a relatively inexpensive addition to the midfield. Chelsea’s offense is back to firing on all cylindars in the Premier League after a disappointing scoreless draw at Old Trafford and Mount should be able to reap some of those benefits.

Rashford picked up an assist in a 3-1 win at Everton before the break and ahead of a tasty matchup against West Brom, which has conceded 10 goals in four away matches. He does have a shoulder knock, but is expected to play Saturday.

Despite scoring just one goal all season, he’s been heavily featured for the Gunners over the last two months and can provide good value in their Sunday fixture at Leeds, which has conceded nine home goals this season.

Despite Southampton’s recent run of success, the Saints have conceded seven goals in four matches away from St. Mary’s Park. Wolves have had trouble scoring goals this season but has a chance to open things up this week in a statement matchup at home. Working up front alongside Raul Jimenez, Podence and Neto have the chance to pay big dividends this weekend for a small price.

Only five FPL forwards have more points than Watkins, who’s still only being selected by 7.3% of managers. He’s scored three goals in his last two matches, including a late brace against Arsenal. Now he faces a Brighton teams with seven away goals conceded in four matches.

After scoring in each of the Gunners’ first three matches, the Frenchman is goalless in his last five. He and the rest of Arsenal will be looking at Leeds as a slump buster of sorts, a chance to regain confidence and revitalize a flat looking first quarter of the PL campaign.