Plans are reportedly being drawn up to use celebrities and athletes in the push to encourage people to take the country's first corona... 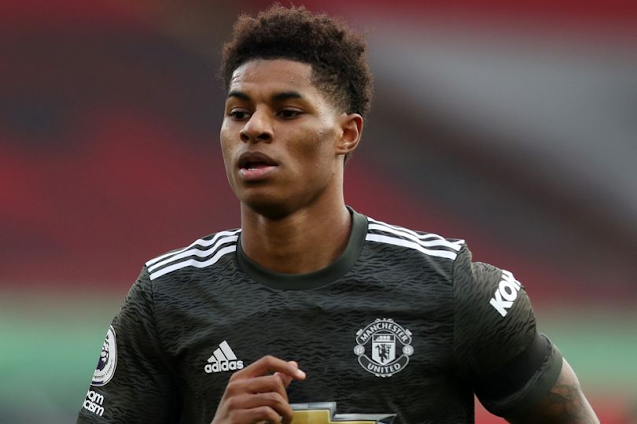 Plans are reportedly being drawn up to use celebrities and athletes in the push to encourage people to take the country's first coronavirus vaccine amid conspiracy theory concerns.

Marcus Rashford is believed to be among the stars who will help promote the UK's first Covid vaccine.

The treatment could be rolled out in days and a variety of celebrities including the Man Utd ace are thought to be lending their support.

It comes amid rising concerns about conspiracy theories regarding the vaccine on social media and elsewhere.

The Government is working with health chiefs to enlist "responsible" and high-profile people to share positive messages about the jab, the Daily Mail reports.

Although famous faces have yet to be confirmed, the England footballer who campaigned against child hunger is thought to be in the mix.

Members of the Royal Family are also being rumoured as ideal picks for the push.

The use of well-loved faces for the drive is in part due to fears of a low take-up of the vaccine.

Ministers fears that if conspiracy theories are believed by enough people this will thwart attempts to reach herd immunity.

Number 10 is also consulting with religious leaders to ward off fears of the jab among ethnic minorities.

Their stated goal is "to provide authoritative information to the public".

It comes as the Army mobilises an "information warfare" unit that tackled the Taliban to fight anti-vax propaganda.

The defence cultural specialist unit was launched in Afghanistan in 2010.

It is now analysing how Brits are being targeted online with conspiracy theories.

The 77th Brigade troops are looking into the level of vaccine-related disinformation from Russia, The Sunday Times reports.

Foreign Secretary Dominic Raab has claimed that the mass rollout of the vaccine will bring a "whole new world" by spring.

Regulators are set to approve the jab within days with No10 now said to be considering its "exit strategy" from lockdown measures.

Hospitals could receive large stocks of the vaccine as early as next Monday.

The jab was produced by US drugs giant Pfizer in partnership with German firm BioNTech and has recorded a 95 per cent success rate.