The Red Devils legend has been critical of the Frenchman in the past, with his display against Istanbul Basaksehir doing little to change ... 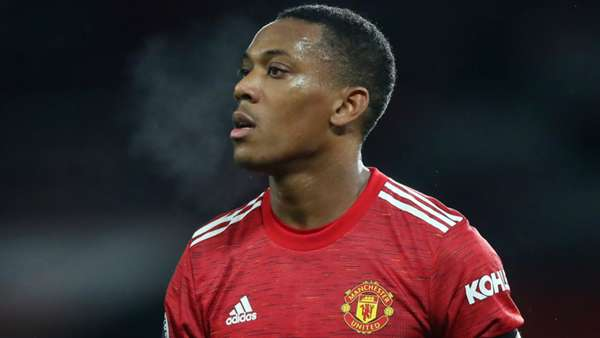 The Red Devils legend has been critical of the Frenchman in the past, with his display against Istanbul Basaksehir doing little to change his opinion

Paul Scholes has reiterated his belief that Anthony Martial is not capable of being Manchester United's main striker, insisting that he doesn't possess the necessary attributes to play in the role on a regular basis.

The France international featured in United's 4-1 win over Istanbul Basaksehir although failed to make a significant impact, with Bruno Fernandes proving to be the star of the show as he netted two goals from midfield.

Martial has often been Solskjaer's first choice to occupy the number nine position in the 2020-21 campaign, although Edinson Cavani was given the chance to prove his fitness in the Champions League match at Old Trafford on Tuesday night.

The Uruguayan forward attracted widespread praise for his tireless running over the 90 minutes although there is every chance that the United boss will move Martial back to the centre-forward role for the trip to Southampton in the Premier League on Sunday.

Scholes, though, isn't convinced that Martial is capable of playing the position effectively, insisting that he lacks the required movement, as well the ability to play with his back to goal, to be able flourish in that role.

"I don’t think he's got that movement for centre-forward, he's not good with his back to goal. But when he gets the ball and he's facing someone, it's a different position. You see him going at someone."

When asked if Martial relies heavily on confidence, Scholes added: "Definitely. He's a little bit moody and you see him. But once he gets a goal there's every chance he'll go on to get three or four."

Indeed, after scoring 23 goals across all competitions last season, Martial has managed just two in the 2020-21 campaign up to now, with both of them coming in the Champions League.