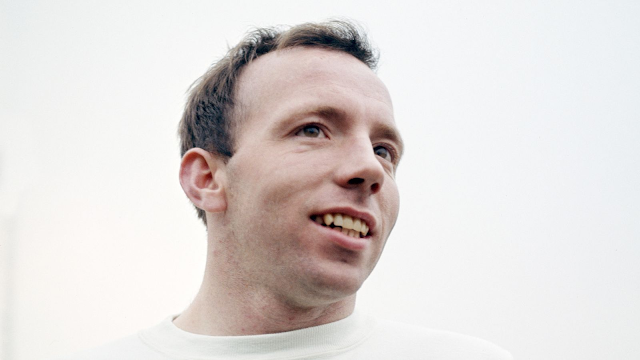 Former England and Manchester United midfielder Nobby Stiles passed away last month aged 78; "I hope dad's death is the catalyst for this scandal to be addressed," say Stiles' family.

The Football Association (FA) says it holds a "clear and unwavering commitment" to battle dementia after the family of Nobby Stiles hit out at a failure to "address the scandal" of the illness in the game.

Former England and Manchester United midfielder Stiles died on October 30 at the age of 78, having been diagnosed with dementia as well as suffering from prostate cancer.

Sir Bobby Charlton was recently revealed to be the fifth member of the 1966 World Cup-winning team to be diagnosed with dementia. His brother Jack, Ray Wilson, Martin Peters and Stiles have all died over the last two-and-a-half years.

Findings contained in the FIELD study - which was funded jointly by the FA and Professional Footballers' Association (PFA) - published last year found footballers were at a significantly heightened risk of developing a range of neurodegenerative diseases compared to the general population.

On Tuesday, Stiles' family issued a statement which said there was "a need for urgent action" and that older players had "largely been forgotten", with many in ill-health.

The Stiles family statement claimed support had been lacking for players, adding: "Whatever the cause, they need help now. I hope dad's death is the catalyst for this scandal to be addressed."

In a statement obtained by the PA news agency, the governing body said: "The FA has helped to lead the way in ground-breaking research into the links between football [and dementia] and we have a clear and unwavering commitment, both financially and with resource, to support objective, robust and thorough research going forward. This area of work will be a key part of the FA's 2020-24 strategy as we recognise the importance of this issue.

"We are collaborating closely with our independently-chaired research taskforce to expand our own research studies. Most notably, using the findings of the FIELD study to understand what causes the observed increased risk of death from neurodegenerative disorders in the analysed group of former professional footballers, which is currently unknown.

"The FIELD study, which was commissioned by the FA and the PFA, is ongoing and work on this research project will continue into next year. In addition, we are also supporting ongoing independent research studies, which are currently looking into the impact of head injuries in football.

"Since the publication of the initial findings of the FIELD study in 2019, we have made changes to the way the game is played in England, including issuing updated guidance on heading for all age groups between U6 and U18.

"We have also given our support for the trial of concussion substitutes via the International Football Association Board, world football's governing body that determines the laws of the game.

"We continue to work closely with [the] Alzheimer's Society and, alongside other sport governing bodies, we are pleased to be a part of their Sport United Against Dementia campaign to help raise awareness and gain support for their valuable work.

"Collaboration across football's governing bodies is key in order to better understand this important issue collectively, and we firmly believe that all areas of football should come together for this meaningful cause."

The Stiles family have been approached for further comment.

The PFA issued a statement on Tuesday evening, stressing a commitment to continued research into dementia and support for any of their members impacted by the condition.

"Our thoughts are with Nobby Stiles' family at this very difficult time," the PFA statement, obtained by PA, read. "The PFA Charity offers a range of support to former professional footballers and their families/carers.

"The support we provide is always confidential and as each family's circumstance will vary, we try to ensure that the support provided is suitable to their individual needs.

"The PFA is listening to member feedback and evaluating ways to improve the services and care provided. We are at the beginning of a process of consultation with sections of our membership who have lived experience of neurodegenerative conditions.

"We will be liaising with these members and their families to determine how the services can be of greater help and more accessible for those that need it.

"The PFA will continue to fund research as part of a working group, comprised of stakeholders from across the game. Currently, we are funding three separate studies looking at neurodegenerative conditions and football."