Man Utd and Liverpool are among the clubs to have been hit hard by injuries over the international break ahead of the Premier League retur... 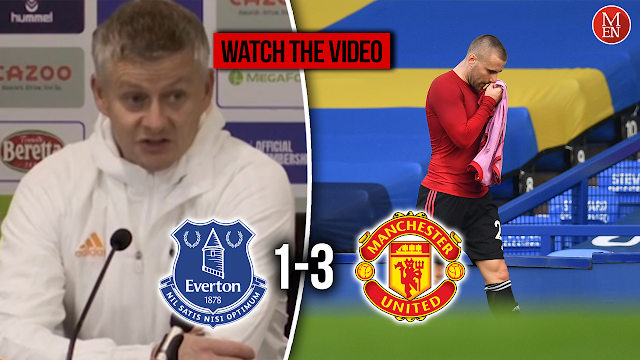 Man Utd and Liverpool are among the clubs to have been hit hard by injuries over the international break ahead of the Premier League return.

Although it seemed strange to many that the Manchester United manager chose the immediate aftermath of a superb, pressure-relieving victory over Everton as the apt moment to unleash a furious rant, events in the past week have vindicated his comments.

Let's rewind a week to just after 2.30pm last Saturday afternoon and on the Goodison Park turf the United boss refused to even talk about the excellent performance of his side. BT Sport's Des Kelly was routinely pushed back and with every Solskjaer comment, on the "joke" of a schedule United had been set, he became more angry.

"I said to you before, I want to talk about the kick-off time. They set up the boys to fail. We've got Luke Shaw injured today because we've been to Turkey, we've played loads of games already this season, we've been to Turkey on Wednesday night, back in Thursday morning and we're playing Saturday in a lunchtime kick-off, it's an absolute shambles.

"Authorities set up us to fail. How can they set us up after a Champions League game on Wednesday night in Turkey and set us a Saturday 12:30 kick-off?

At the time, it appeared something of an overreaction to some. It prompted the usual raft of second-rate pundits (enter Troy Deeney and Jamie O'Hara on one particular radio station) to tell Solskjaer to "manage his squad" and "stop complaining". People thought he was over-egging it, trying to channel some sort of inner Sir Alex Ferguson.

The question is: will those same pundits maintain that stance when the inevitable comments from Liverpool boss Jurgen Klopp later this week?

The Anfield club have been ravaged by injuries in the past week. Joe Gomez, Trent Alexander-Arnold and Andy Robertson have all been forced out of international matches due to muscle problems — the kind suffered by players when a hectic schedule begins to take its toll. Add in the fact that Mo Salah has tested positive for coronavirus and it's been a nightmare week for Liverpool. Their entire first-choice defence looks to be out injured.

There is no doubt Klopp will be every inch as angry as Solskjaer. The warning signs have been there this season. The fixture list never relents, especially for the clubs in European competitions and with squads packed full of internationals.

Could the organisers have scrapped this dour international break to give the players a rest?

Bar the Euro play-offs for Scotland et al, it surely could have been. But after three months of lockdown between March and June earlier this year, the appetite for showing football on our television screens has grown ravenous. It has prompted the beginning (and thankfully the end) of Pay-Per-View matches, it has prompted a rethink into how TV money could be distributed among the clubs, but it has also prompted an unprecedented number of injuries.

Oh, and all the while, the idea to allow clubs more substitutes was ditched. Go figure.

How can Solskjaer and his counterparts simply "manage their squads" in such circumstances?

As well as Shaw, the United boss currently has concerns over a Marcus Rashford shoulder injury, Victor Lindelof's ongoing back issue and uncertainty about Alex Telles' availability following a positive Covid-19 test.

"You have to understand how these players, in these times, how mentally and physically draining this is. And you set them up like this?"

It is a question that Premier League managers must continue to ask until the fixture-makers listen.

It turns out that United's biggest challenge this season is not how to use Paul Pogba, their defensive line-up or the role Donny van de Beek should play. Solskjaer knew, even after a big win at Everton, that the problems would continue to stack up.