A round-up of the Papa John's Trophy matches as Manchester United are thrashed by Morecombe 4-0 and Danny Drinkwater makes his Chelsea... 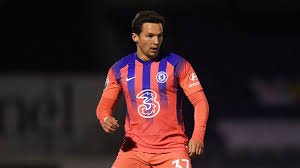 A round-up of the Papa John's Trophy matches as Manchester United are thrashed by Morecombe 4-0 and Danny Drinkwater makes his Chelsea return.

United's Under-21s had already qualified for the next round but were outplayed by League Two Morecambe. Neil Wood's side had handed Facundo Pellistri a second competitive start since his summer transfer from Uruguayan outfit Penarol but he was helpless as Ryan Cooney's first-half double and goals from Harry Davis and Freddie Price put the young United team to the sword.

In the night's other game, a Chelsea Under-21 team including Danny Drinkwater were beaten 4-3 by Bristol Rovers. The out-of-favour midfielder was making his first Chelsea start since August 2018. Chelsea, who started Billy Gilmour, were beaten in a thriller as Josh Hare's 90th-minute goal was the difference.

Aston Villa's U21s were beaten 3-1 by Carlisle on Tuesday in the Papa John's Trophy, meaning they finished bottom of Northern Group A, while Carlisle finished third, missing out on qualification to Round 2 by three points.

Newcastle's U21s also finished bottom of Northern Group C, and were beaten 3-2 by Bolton, who also missed out on qualification to Round 2.

Newcastle were 2-0 up in the first half thanks to Elliot Anderson's double, but Bolton fought back thanks to goals from Jak Hickman, Arthur Gnahoua and Jamie Mascoll's 85th-minute winner.

Manchester City's U21s were beaten 4-3 on penalties at Lincoln after their 1-1 draw, but both sides had already qualified for Round 2 from Northern Group E.

Hull qualified for Round 2 from Northern Group H with a 3-0 win over Grimsby thanks to Martin Samuelsen's double and James Scott's late strike.

West Brom U21s lost 4-0 at Exeter as they finished bottom of Southern Group E; Exeter qualified for Round 2 with a 100 per cent record as Harry Kite, Ben Seymour, Jack Sparkes and Nicholas Law scored.

And Northampton's penalty shoot-out win over Stevenage following a goalless draw meant they pipped their opponents to second place in Southern Group C, qualifying for Round 2 in the process.