Parker claims Fabinho would be best Man United centre back

Liverpool have always had just about enough to get over the line during the Jürgen Klopp years. The Reds have been effective, businesslike... 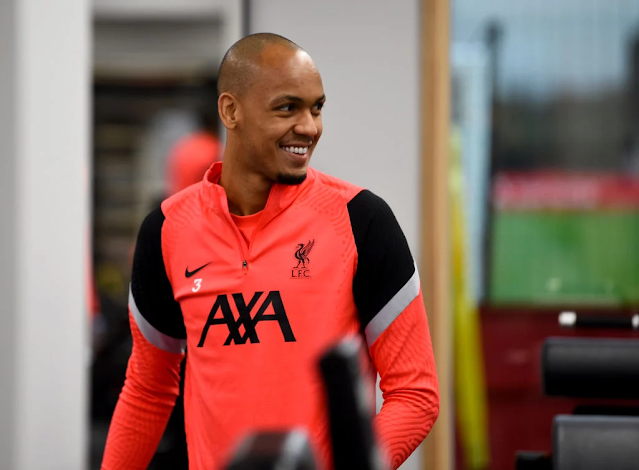 Liverpool have always had just about enough to get over the line during the Jürgen Klopp years. The Reds have been effective, businesslike at times. We have been able to achieve this through the professionalism and flexibility of our best players. One such versatile star is currently filling in at the back. Eurosport pundit Paul Parker has said Fabinho would be the best centre back at Man United.

Fabinho at centre back

Brazilian midfielder Fabinho has been forced into centre back by the ongoing injury crisis at the club.

The Reds are down to just one fit centre half after starting the season with just three.

Virgil van Dijk has ruptured his ACL and won’t play again this term, whilst Joe Gomez has a knee injury of his own keeping him out for most of the rest of the campaign.

Jürgen Klopp has as a result deployed Fabinho at centre back, a role he’s not too unfamiliar with having filled in there on occasion before.

Fabinho would be best Man United centre back

Eurosport pundit Paul Parker has claimed that Fabinho would be the best centre back at Man United.

The former Red Devils defender wrote in his Eurosport column:

“Don’t disrespect your squad by whinging about players who are out injured, that’s my way of looking at it.

“All of a sudden Leicester go to Liverpool and are outclassed against a so-called makeshift back four.

What RTK has to say

I think he’s right with this one, Fabinho would walk into the Man United defence.

Though, in fairness, he’d walk into most back fours.

The Brazilian is surely one of the best one on one defenders in the game at the minute.

You simply cannot get past him, the longer he plays at centre back the more of his immense ability as a defender we’ll see.

Whilst it’s not ideal having to play him out of position, the move certainly plays to his strengths.