Man Utd have been criticised for their treatment of Paul Pogba but the French World Cup winner knows who is really to blame. There doesn&#... 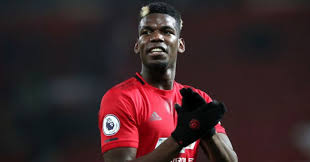 Man Utd have been criticised for their treatment of Paul Pogba but the French World Cup winner knows who is really to blame.

There doesn't seem to be a week go by without Paul Pogba finding himself headline news in the world of all things Manchester United.

One month ago there was his open flirtation with another dream move to Real Madrid, while this month national team manager Didier Deschamps has sprung to his defence with criticism of United's treatment of the French star.

From the outside you can see where Deschamps is coming from. Pogba is the biggest name in the United squad, but that does not mean he is the best.

If Ole Gunnar Solskjaer were to pick his 'best XI' on everything but recent footballing ability then Pogba would probably be the first name on the teamsheet, his issue is that will never be the case.

Instead the United side is chosen on merit with Solskjaer's only priority to select a side which he feels is capable of beating their opponents with teamwork prioritised over individual desires.

It is this basic requirement which makes Deschamps latest criticism all the more confusing. Yes, it is in his interest for Pogba to be playing regularly at club level, but it is not United's duty to cater for a player who is not currently worthy of an assured starting role in midfield.

"He is in a situation with his club where he cannot be happy, neither with his playing time, nor with his positioning," the France manager stated of his prize midfield man.

Pogba's best football came when he played in a midfield trio with Bruno Fernandes and Nemanja Matic after the lockdown earlier in the year, but since then he has looked a shadow of his former self. It is understandable why.

The 27-year-old unfortunately fell victim to coronavirus, something which decimated his pre-season preparation for a gruelling campaign as his early season form fell far below expectations held at Old Trafford. Solskjaer is partly to blame for playing Pogba when he quite clearly wasn't fit, but even since he has recovered there has been a concerning lack of consistency from their supposed talisman.

His cameo role against Paris Saint-Germain last month gave Pogba the license to influence the match as a game-changing impact substitute, a responsibility which he seemed to relish with less pressure on his shoulders from the start.

A week later he followed it up with an exceptional display in a midfield diamond as United tore open RB Leipzig in the Champions League with Pogba the conductor of an attacking orchestra which didn't once play out of tune.

Yet in the game against Arsenal he regressed. Fred struggled at the base of the diamond and Pogba tried too hard to put things right, carelessly conceding a penalty which earned Mikel Arteta's side the win and burst the balloons from their European party held four days earlier.

Pogba hasn't started in either of the two matches since as Solskjaer put his faith in those he trusts with the win against Everton last weekend. Scott McTominay and Fred are the two most reliable in the base of midfield while Fernandes has no genuine competition for his attacking midfield role.

Donny van de Beek, although on the periphery, is effectively the long-term replacement for Pogba at Old Trafford although Solskjaer has already proven he does not need the Frenchman in his midfield in order to get this team ticking.

Deschamps is right that Pogba 'needs to find his rhythm' if he is to transform his fortunes at club level, but that relies on him rising to the challenge which has been set by the midfielders still ahead of him in the pecking order.

Even if he has a desire to play elsewhere, his 'dream' move to Madrid will only remain a fantasy until he proves himself worthy of a regular start for United.