Man United midfielder Paul Pogba has found himself out of favour under Ole Gunnar Solskjaer and has discussed his predicament. Paul Pogba of... 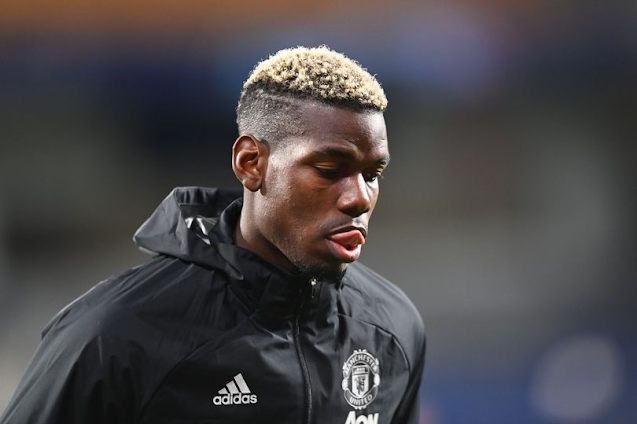 Man United midfielder Paul Pogba has found himself out of favour under Ole Gunnar Solskjaer and has discussed his predicament.

Paul Pogba has admitted he is currently dealing with the most 'difficult' period of his career.

The Manchester United star has struggled for form so far this season which has seen him fall down the midfield pecking order at Old Trafford.

With Bruno Fernandes making the attacking-midfield position his own since his arrival in January Pogba has been forced to compete for a centre-midfield spot, but the form of defensive duo Scott McTominay and Fred has made them essential to Ole Gunnar Solskjaer's side.

As a result, Pogba has found himself in the unfamiliar position of being repeatedly dropped to the bench, with over half of his 11 appearances so far this season coming as a substitute.

The 27-year-old is currently on international duty with France which he has described as a 'breath of fresh air' following his troubles at United.

"I had never known such a difficult period in my career," he told RTL.

"The France team is a breath of fresh air, the group is exceptional, it's magic."

However, Pogba's struggles have continued with his country. He started in France's 2-0 friendly defeat to minnows Finland last week, earning criticism for his passing and for his lack of urgency in closing down Simonpoika Valakari as he went through to score. He was withdrawn after 57 minutes, though he did go on to play 90 minutes in the 1-0 Nations League victory over Portugal on Saturday.

France manager Didier Deschamps was quick to defend the World Cup winner after previously criticising United's treatment of him before the Finland match.

"He's not in his best form of course, I knew that before. This match was to be useful for him to give him some rhythm," Deschamps said.

"Like all the players who have a situation in a club that is not positive, beyond the athletic aspect, they are also impacted on the mental level.

"They have the knowledge of the high level, pride, also the pride of being able to respond."