Paul Scholes believes Donny van de Beek can be most effective operating as a deep-lying midfielder for Manchester United.  The Dutchman ha... 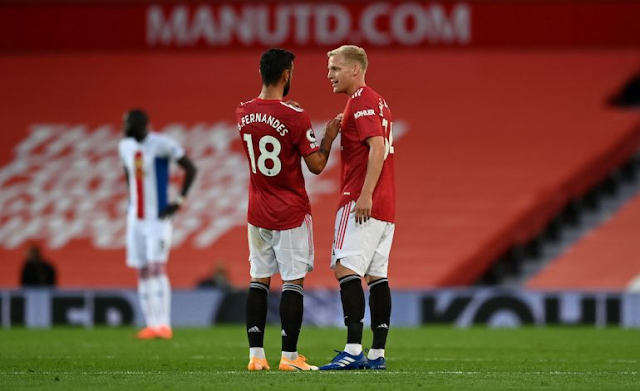 Paul Scholes believes Donny van de Beek can be most effective operating as a deep-lying midfielder for Manchester United.

The Dutchman has been under-utilised by Ole Gunnar Solskjaer since his summer arrival from Ajax, but he impressed in Tuesday night’s 4-1 victory over Istanbul Basaksehir at Old Trafford.

Van de Beek played in a double midfield pivot alongside Fred and looked comfortable throughout, albeit against opposition the Reds dismissed comfortably.

Versatility is possibly Van de Beek’s greatest strength, but it has perhaps hindered him in his early United career as he has struggled nail down a starting position in Solskjaer’s side.

But United legend Scholes believes he is best suited to the position he performed so well in against the Turkish side.

“Where he played tonight looked like his best position,” Scholes told BT Sport, as quoted by the Manchester Evening News.

“I think he’ll be willing to try and do that (defensive side), but it won’t be the defensive quality he’ll bring, it’ll be the link-up play between the forward players which is important.”

Rio Ferdinand was particularly impressed with Van de Beek’s decision-making and believes star man Bruno Fernandes benefits from his work in the team.

“Today, he’s justified not only why he’s been brought to the club, but why he’s been rated so highly in European football,” Ferdinand added.

“He’ll sacrifice parts of his game for other people to flourish. That’s an important factor in any great team – you need players like that – and he’s one player I feel will actually make other players tick and perform better.

“I think Bruno was the main player today that benefited from him being in this team.”

Many supporters have questioned whether Van de Beek and Bruno Fernandes can fit into the same balanced side.

But the 23-year-old Dutchman proved he has the discipline to play in a holding role and should now have earned the chance to make his mark with his first Premier League start against Southampton on Sunday.