Potential free agents Manchester United could target to save millions

It is going to take some time for Manchester United to assemble a squad capable of challenging Liverpool and Manchester City for the Premi... 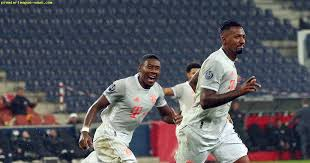 It is going to take some time for Manchester United to assemble a squad capable of challenging Liverpool and Manchester City for the Premier League title.

The Reds do not lack for quality, it's just largely concentrated in the same positions. For instance, Ole Gunnar Solksjear can call upon Marcus Rashford, Anthony Martial, Edinson Cavani and Mason Greenwood to lead his attack, with Bruno Fernandes and Paul Pogba able to fill in behind.

Yet the center of midfield is not as strong, while there is no doubt that next summer United will be in the market for another center-back to complement Harry Maguire.

Improving a squad can be a costly exercise, but there are bargains to be had.

United demonstrated they are not afraid to delve into the free-agent market this summer, with Cavani joining on deadline day following his release from Paris Saint-Germain.

The Reds could look to repeat the trick next summer, and there is no shortage of quality potentially on the market.

There has been a very public breakdown in the relationship between Bayern Munich and Alaba in recent weeks, with the Austrian upset at the club’s withdrawal of a new long-term contract.

This has opened the door for Alaba to leave the Allianz Arena next summer, with Chelsea and Manchester City widely believed to be interested.

United are expected to be in the market for a new central defender at the end of the 2020/21 season, although Alaba isn’t the physical, commanding sort of figure most envisage alongside Harry Maguire.

The 28-year-old would, however, transform how the Reds play out from the back and cope against a high press.

As already referenced, Manchester United are expected to be in the market for a new central defender next summer.

In terms of his pedigree, Jerome Boateng is one of the best centre-backs in the European game right now, but could be on his way out of Bayern Munich as a free agent next summer.

Boateng has been linked with a move to Old Trafford in the past. At 32 years old, the German international is in the twilight of his career, but he would still bring a physical presence to the Manchester United backline that is currently lacking.

There is no doubt who could be the biggest free agent on the market next summer. Messi was forced to stay at Barcelona for another season after making clear his desire to leave the club over the summer, but there is no sign of the Argentine putting pen to paper on a new deal to extend his stay before the end of the campaign.

Manchester City are widely believed to be leading the pursuit of Messi, but United would be foolish not to at least make a proposal to the 33-year-old.

The Reds are one of the few clubs in Europe who could afford to pay Messi’s astronomical wages.

Billed as the best midfield talent to have come through La Masia in a long time, Puig has bizarrely fallen down the pecking order at Barcelona this season.

Ronald Koeman has spoken about how he recommended the 21-year-old go out on loan despite Puig being one of Barca’s best players in the final stages of last season.

Puig is out of contract next summer and could be lured to Old Trafford by the promise of regular first-team football.

The youngster plays a similar way to Donny van de Beek, but Manchester United might not be able to pass up the opportunity to sign someone as talented as Puig for free.

Even after all this time, Ramos remains Real Madrid’s most influential player.

The defender scored his 100th goal for the Spanish club in last week’s Champions League win over Inter, but is out of contract at the Santiago Bernabeu next summer.

His future at the club is far from certain, with a move to Inter Miami in MLS reportedly on the cards.

It’s not so long ago that Manchester United believed they had a genuine chance of signing Ramos. Now 34, he is well into the twilight of his career, but the Spaniard could have a similar impact on United to what Thiago Silva has had on Chelsea since signing as a free agent this summer.

United very publicly failed to sign one of Borussia Dortmund’s best young players in the last transfer window, refusing to stump up the money to capture Jadon Sancho.

However, they could lure another one of their prodigious talents next summer without even directly dealing with the Bundesliga club.

Reyna made his first-team breakthrough at the Westfalenstadion last season but is out of contract next summer. The American has charted one goal and three assists in seven Bundesliga appearances this term and while he is more of a centrally-positioned attacker than Sancho, he would improve United’s squad.