Leaders of English football will face MPs on Tuesday over the failure to agree a coronavirus rescue package for the English Football League ... 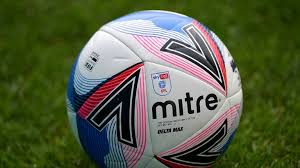 Leaders of English football will face MPs on Tuesday over the failure to agree a coronavirus rescue package for the English Football League (EFL), with Project Big Picture also under scrutiny.

The Government has insisted the Premier League must provide financial assistance to the EFL, and has pointed out such help was one of the conditions for it giving the green light to Project Restart over the summer, when the 2019-20 season resumed behind closed doors.

Julian Knight, the Conservative MP for Solihull who chairs the DCMS committee, says he agrees football must help itself.

"It's a very unedifying sight when you've seen other sports coming together in order to find a way through this crisis," Knight told Sky Sports News.

"Football has just had a transfer window where they've spent £1.2bn, where we have 12-15 EFL clubs in the emergency ward, so to speak, that are in a situation where they could go under.

"And having dealt with the aftermath of Bury and seen there the way in which that crushed the community, frankly I'm not really prepared to stand by and at least not do anything about that.

"They've been given a lot of space, a lot of time. I do know they're talking now and I would like to think that over the last two weeks while we have set up this meeting that may have focused some minds - let's hope that it has.

"You never know, they could be now on the cusp of putting a deal together and then we can explore that deal in the committee. Hopefully that will be the case.

"But the truth of the matter is that football in this country has for a long time… there's been a feeling that the governance and the way in which many of those at the top of the game conduct their business and their approach to fans and to the grassroots of the game hasn't been right.

"The Covid crisis has just brought that into the sharpest of focus, so we're looking forward to the session, and I would imagine it would be - to coin a current phrase - fairly good box office!"

He added: "It does look to be deeply jarring if you have a situation where you've got a deal at the top of the game worth £9bn and then you have football clubs going under for the equivalent of a week's wage to Gareth Bale, and I'm not singling out Gareth Bale in that respect.

"At this particular time there seems to be something incredibly poorly placed with the game and I don't wish to put particular blame on one of these institutions. I'm coming to the session with an open mind, I'm really keen to hear what they have to say.

"Hopefully they'll come with a plan - that would be absolutely fantastic. The only thing is it's just a shame that it's taking so long for them to come together. Other sports have put together plans in much quicker time."

EFL clubs have been particularly hard-hit by the loss of matchday revenue due to the pandemic, with Parry warning several clubs could be forced to fold by Christmas without a rescue package.

The EFL says it needs a £250m package to continue to operate and rejected an offer of £50m for League One and League Two sides from the Premier League made up of grants and loans, saying it "fell some way short" of what was required.

The Premier League says the offer remains on the table and is ready to engage with any club in financial crisis, but adds it has lost £700m during the pandemic.

The committee will also take the opportunity to probe the game's leaders on the Project Big Picture proposals.

These first came to light last month, and would have represented the most significant changes to the English football pyramid since the foundation of the Premier League in 1992 if they had been implemented.

Parry publicly supported the proposals, which were developed by Liverpool and Manchester United. Measures such as an immediate £250m rescue package for EFL clubs and a 25-per-cent share in future Premier League media revenues were welcomed by many, but the plans also sought to concentrate power in the hands of the top flight's big six clubs.

Project Big Picture was described by the Football Supporters' Association as "a sugar-coated cyanide pill" while the Secretary of State for DCMS, Oliver Dowden, derided it as a "distraction at best" and urged Parry in a committee hearing to ignore this "latest wheeze" and focus on bailout talks with the Premier League.

Clarke's presence before the committee comes amid questions over his role in Project Big Picture.

He told the FA Council last month he had been involved in early discussions but walked away in the spring when "the principal aim became the concentration of power and wealth in the hands of a few clubs, with a breakaway league mooted as a threat".

A number of reports have since suggested Clarke was much more centrally involved.

"I understand the way it looked like a power grab, but small elements such as the greater distribution of TV revenues down the game, I thought that was a good idea."