Marcus Rashford has sent a number of Manchester United fans on Twitter wild after replying to a Gary Lineker tweet on Jadon Sancho. Unless...

Marcus Rashford has sent a number of Manchester United fans on Twitter wild after replying to a Gary Lineker tweet on Jadon Sancho.

Unless you have been asleep under a rock for the past year, you would have read about Manchester United’s pursuit of the Borussia Dortmund winger last summer (via The Mirror).

A deal never materialised and United fans never got to see that marquee right winger they were hoping for. The club ended up signing two youngsters — Facundo Pellistri and Amad Diallo — on deadline day but neither were seen as alternatives to the England international.

The prospect of Sancho playing with Marcus Rashford at United is one that got many Reds excited over the summer. Throw Bruno Fernandes and Anthony Martial in the mix too…

Lineker responded to a tweet questioning whether anyone in England truly appreciates how good Sancho is, saying: “Oh I think we do.”

Rashford being a fellow admirer of his England team-mate made it extra clear that Sancho is appreciated in his homeland. He added: “Yes we do.”

This tweet got a lot of United fans excited at the prospect of Sancho joining Rashford at United, but unfortunately it’s not like it means he’ll be coming to Old Trafford anytime soon.

Here are some of the best replies to Rashford’s tweet 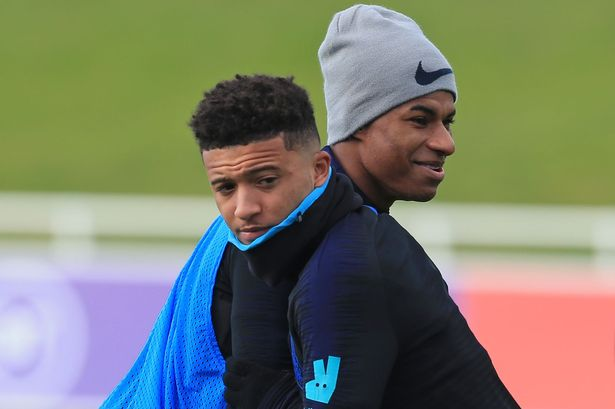