The Man Utd midfielder was missing from the matchday squad vs West Brom after picking up a knock while playing for France. The Paul Pogba ... 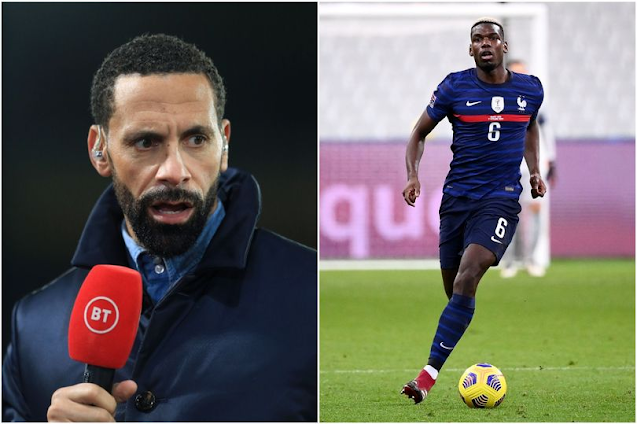 The Man Utd midfielder was missing from the matchday squad vs West Brom after picking up a knock while playing for France.

The Paul Pogba saga at Manchester United has taken a twist in recent weeks, breaking new ground as a club versus country debate, as well as one about inconsistent form and a possible transfer to Real Madrid.

United confirmed Pogba was absent from their matchday squad to face West Brom as he had picked up a "knock" in his third appearance for France inside a week, against Sweden. Ole Gunnar Solskjaer remained fairly tight-tipped on the situation, though you cannot imagine he was particularly happy, all things considered.

Solskjaer had railed against this season's fixture schedule before the international break, venting his fury after United's 3-1 win over Everton. There aren't many club managers who are very fond of international football, but this would have got Solskjaer's goat in a number of ways, since Pogba looks and sounds happier when he is with France these days.

It's hard to know where United stand with regards to the midfielder's immediate future. Long-term, an exit in 2021 now looks inevitable but that is some months away, unless a surprise January deal can be struck. United have to handle Pogba the best they can until the summer.

"This is a period, the kind of which I have never experienced in my career," Pogba said while on French duty. "We are very happy to come here and all very happy to see each other again. It is not the same as with the club… We all group together, it is magical. We realise that everyone is happy to come and that makes a difference."

"I understand what he's saying," Ferdinand said. "You don't want to hear it as a Manchester United fan, first and foremost, but we've been there, we know that when you're in bad form as an individual, or collective as a team, going away with your national side is very much a breath of fresh air.

"I think that's what Paul's done with two good games. He'll be in a different frame of mind after that."

Ferdinand makes a fair argument — to a point.

The problem is that Pogba's unhappy situation at United is no fault of anyone but himself. The club and Solskjaer have continually backed the 27-year-old ever since they broke the bank to ensure he returned to the club in 2016. Barring one fall-out with Jose Mourinho in 2018, United have offered Pogba the support and conditions he should need to shine. Pogba should have given them more in return.

More than four years after that glitzy, PR-heavy transfer announcement, United fans are no closer to knowing what to do with Pogba. Most have virtually given up on him, but that's no good for Solskjaer's weekly results grind.

The Norwegian needs to find a way to utilise the midfielder over the coming weeks and months. For example, Pogba could have genuinely helped Solskjaer's men break down a stolid West Brom defence on Saturday night but it seems his eagerness to play for France was to United's detriment.

Paul Scholes added: "[I'm] a little bit disappointed after playing two games for France that he's unavailable but, having said that, would he have played anyway? I'm not sure he would."

It's probably true. Paul Pogba is no longer integral to United like he is for France. But he's going nowhere yet and that presents yet another problem for the club to solve.