Rio Ferdinand has hailed the recruitment of Premier League champions Liverpool and the impact that ‘phenomenal’ summer signing Diogo Jota ... 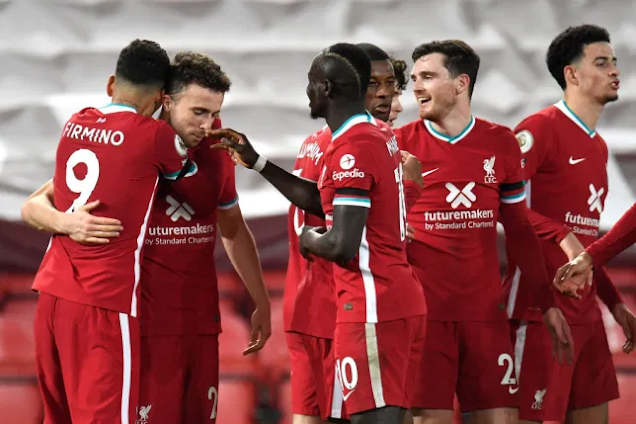 Rio Ferdinand has hailed the recruitment of Premier League champions Liverpool and the impact that ‘phenomenal’ summer signing Diogo Jota has made at Anfield.

The 23-year-old arrived from Wolves this summer for £41m with little fanfare, with the signing coming as something of a surprise with little build-up. However, the Portuguese has quickly proved to be an inspired purchase, scoring eight goals in his first 12 games for the club, four in the Premier League and four more in the Champions League. Jota was on target again on Sunday as he headed in the second goal of the game en route to a 3-0 Liverpool win over Leicester and Ferdinand cannot speak highly enough of his form.

Many questioned how Jota would fit into the Liverpool side, with their fabled front three of Mohamed Salah, Sadio Mane and Roberto Firmino, but the new man’s form has made him impossible to drop. ‘You’ve got to give time up for this man, Diogo Jota has come in and four goals in his first four starts for Liverpool [in the Premier League],’ Ferdinand said on Rio Ferdinand presents FIVE. ‘The recruitment at Liverpool, what they’ve done to get him so far what he’s producing is fully justified.

Diogo Jota already has eight Liverpool goals to his name